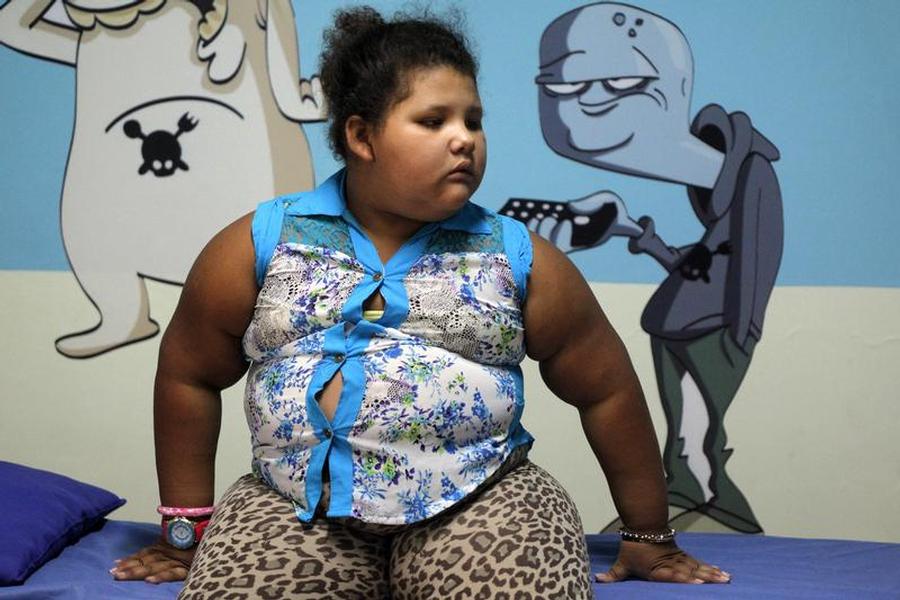 NEW YORK (Reuters) - Teen obesity has been linked with many health problems later in life, and a large study suggests increased risk for deadly pancreatic cancer is one of them. Researchers followed nearly 2 million men and women for more than 20 years. Compared to participants with normal weight as teens, men who were obese as adolescents had more than three times the risk of pancreatic cancer in adulthood, and obese teen girls had more than four times the risk. While obesity has long been considered a risk factor for pancreatic cancer, the strength of this association and the underlying causes for the connection are less clear. The current study doesn’t prove obesity causes these tumors, or that weight early in life impacts the development of cancer decades later, but it does add to the lengthy list of potential health benefits of avoiding excess weight during childhood and adolescence, said the researcher. “Such a time difference between the supposed cause and later effect are very difficult to investigate,” the researcher said by email. “It must be stressed, though, that fighting obesity is justified in many populations for other reasons, notably for preventing and treating cardiovascular disease,” he added. “So regardless of cancer, recommending weight control in obese populations is important.” Globally, nearly one in five children and adolescents are overweight or obese, according to the World Health Organization. Children and teens are considered obese when their body mass index (BMI), a ratio of weight to height, is higher than that of 95 percent of other youth their same age and sex. They’re considered overweight with a BMI in the 85th to 95th percentile range. To examine the connection between obesity and pancreatic cancer, researchers analyzed weight data for nearly 1.1 million men and more than 707,000 women who had compulsory physical exams at ages 16 to 19. Then, when half the people in the study had been tracked for at least 23 years, researchers looked at national cancer registry data to see if any of them had developed pancreatic tumors. During this period, 423 men and 128 women were diagnosed with pancreatic cancer. Men had an elevated risk of pancreatic cancer even when their weight during adolescence wasn’t high enough for them to be considered obese, the study found. Just being overweight as a teen was associated with a 97 percent higher risk of pancreatic cancer later in life. And, being at the high end of a normal weight range, with a BMI in the 75th to 85th percentile, was associated with a 49 percent higher risk of pancreatic cancer. Women appeared to have a greater risk of pancreatic cancer only when they were obese as teens, and not when they were overweight. One limitation of the study is that researchers lacked data on weight changes over time that might impact the risk of developing these tumors. Still, based on their results, excess weight in adolescence may explain about 11 percent of the pancreatic cancer cases in the population. It’s possible that inflammation caused by excess weight might later contribute to tumor development, the study authors note. Levi didn’t respond to requests for comment. “We need (more) studies regarding this matter to further elucidate how counter-obesity intervention can affect the risk for malignancy,” Meydan said. Still, “weight control is justified for other reasons aside from malignancy prevention.”