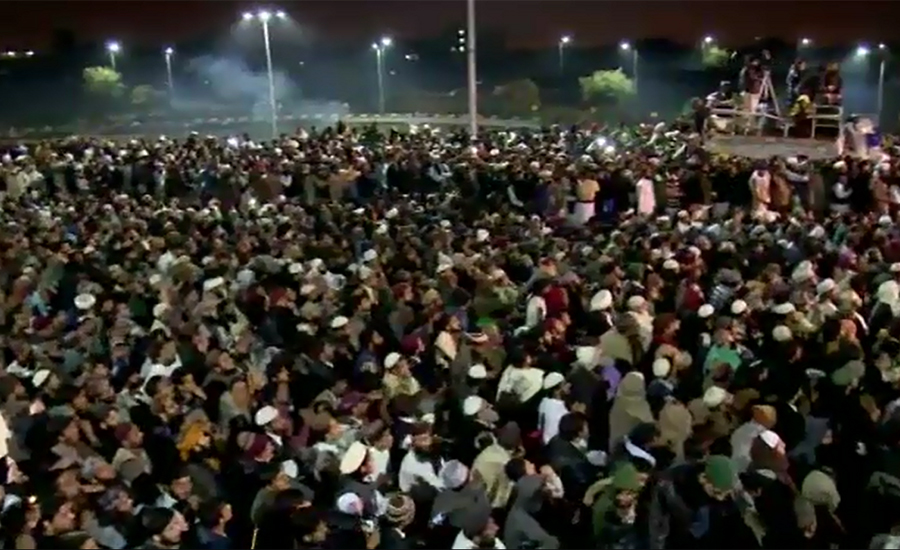 ISLAMABAD (92 News) – The Tehreek Labaik Pakistan was adamant even after the expiry of government’s deadline to end the sit-in on Thursday. Maulana Khadim Hussain Rizvi said that they were going nowhere. “We have come to sacrifice our lives for the sanctity of Prophethood (SAW). There should not be misunderstanding in this regard,” he said. Earlier, the district administration had issued the last warning to the Tehreek Labaik Pakistan to end the sit-in going on at Faizabad Interchange. On the other hand, the district administration has made all arrangements to launch the operation. Emergency has been declared in all government hospitals. Holidays of all doctors and paramedics have been cancelled. The authorities have put the Rescue and ambulance services on high alert. The IHC had ordered to end the sit-in and remove barricades by 10am on November 18. The district administration has issued warning to the protesters to end the sit-in at 10pm tonight. Justice Shaukat Aziz Siddiqui ordered the administration to end the sit-in through dialogue with the protesters, but to use force if the dialogue does not succeed. Deputy Commissioner Islamabad Captain retired Mushtaq and the DIG Operations appeared before the court. The religious parties have been staging the sit-in against a change in the Khatm-e-Nabuwwat affidavit for the last 10 days. On Thursday, the Islamabad High Court (IHC) ordered the religious parties to end their sit-in at Faizabad Interchange. He had observed that the people from all sections of the society are badly affected by the protest. “If a good deed is done wrongly, then it becomes a wrong act.” Maulana Khadim Hussain Rizvi had demanded to expose those responsible for a change in the affidavit.