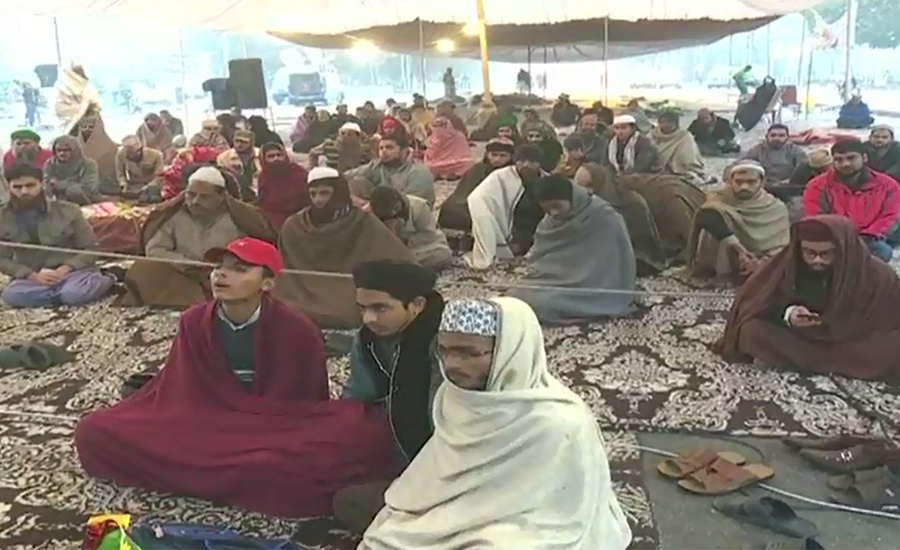 LAHORE (92 News) – Tehreek Labaik Ya Rasool Allah (SAW) Jalali group continued protesting on Tuesday in front of Punjab Assembly in the provincial capital’s The Mall in favor of their demands. Tehreek Labaik Ya Rasoolallah (TLYR) – Jalali group had refused to call off its sit-in on Mall Road even after all the sit-ins in various cities of country ended on Monday after an agreement reached with the government. The protesters have opened the roads for traffic by ending their sit-in other areas of Lahore including Shahdara Chowk, Thokar Niaz Baig, Babu Sabu Interchange, Raiwind Road and Faisal Town. Dr AShraf Jalali had announced to stage sit-in until the report of Raja Zafarul Haq committee made public and until the acceptance of their demands. The demands conveyed by Jalali included lodging cases against all those officials responsible for the killings during the three-week sit-in in Islamabad and specify the exact number and names of those killed. The other demands included the resignation of Punjab Law Minister Rana Sanaullah.