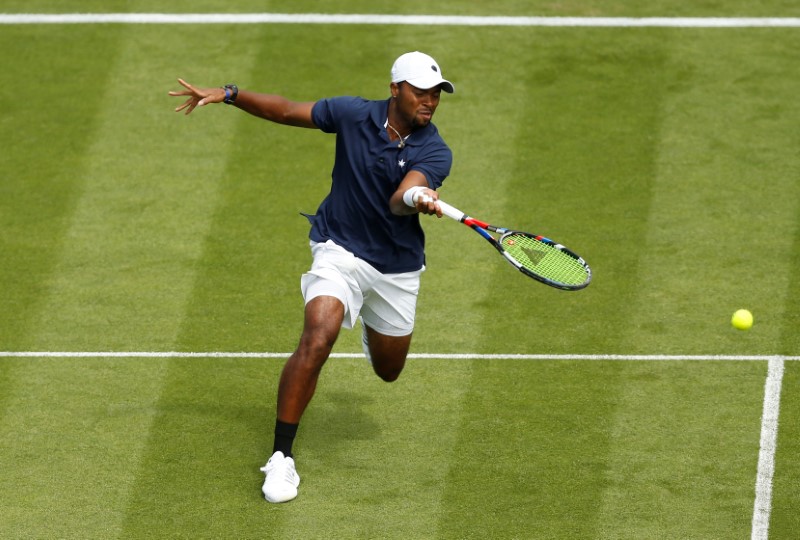 (Reuters) - Three-times Grand Slam champion Stan Wawrinka suffered a first-round exit at the Citi Open in Washington on Tuesday, going down 6-4 6-7(5) 7-6(3) to qualifier Donald Young.
Wawrinka, who was knocked out in the second round of Wimbledon earlier this month, is still trying to find fitness and form after undergoing two operations on his knee last year. The 29-year-old Young went through the match without losing serve and will next face Japan’s Kei Nishikori.
Wawrinka did not see his first break point opportunities of the match against the left-hander until 3-3 in the third set but squandered both with unforced errors.
Young had looked on course to take the match in straight sets but lost the last three points of a second-set tiebreak. He did not make the same mistake in the third set tiebreaker, winning the last four points to advance. “I’ve been losing so much, why not just buckle down and fight and compete,” said Young, who had started the year 1-9 and has fallen to No. 234 in the world. “I figured that if I can get into that position once, I can do it again. “It’s rough. There are times you’re home and you don’t want to go to the next tournament, you don’t want to practice, you don’t want to work out,” he added. “But I have great people around me and they keep pushing me.” Donald will look for his first career win against 28-year-old Nishikori, who has won all six of their previous meetings including a marathon three-setter at the Citi Open last year.