Tennis: Nishikori vows to come back stronger after injury layoff 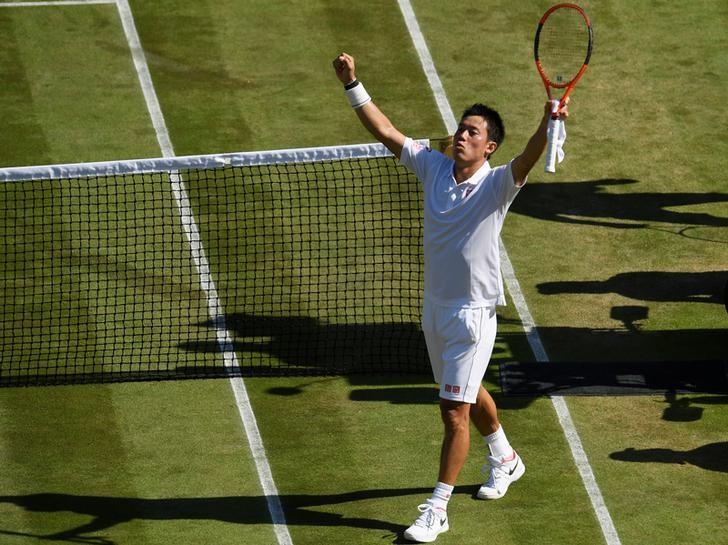 Tennis: Nishikori vows to come back stronger after injury layoff

TOKYO (Reuters) - Japan’s Kei Nishikori is hopeful of returning from his lengthy injury layoff at the start of 2018 and looking forward to challenging for major titles and a place in the top five next season.

The 27-year-old was ranked ninth in the world before sustaining a season-ending wrist injury ahead of the Cincinnati Masters in August and joined a host of top players including Novak Djokovic and Stan Wawrinka on the sidelines.

Nishikori says he might return at January’s Brisbane international, the Australian Open warm-up where he finished runner-up earlier this year, but is wary of rushing his recovery.

“I can’t say when I’ll heal from my injury so I‘m trying not to rush anything,” Nishikori told Japanese media.

”I‘m aiming for the Brisbane International but it could be February, or even March, who knows. I want to make sure I‘m in top form when I‘m back on tour so I‘m in a position to win a Masters or grand slam title.

“I also hope I‘m mentally stronger and hungrier next season.”

Nishikori, who underwent elbow surgery and was sidelined for almost a year in 2009, chose rehabilitation instead of surgery to treat his wrist injury.

“There was a lot of good that came from this experience. If it weren’t for the injury I wouldn’t have undergone a rehab period in Europe,” Nishikori added.

“I wouldn’t have met the physical trainer who introduced me to a conditioning method that was new to me. I feel like it could change my body.”

Rafa Nadal and Roger Federer made successful returns from injury in 2017, winning six and seven titles respectively to re-establish themselves at the top of the game.

“I know I‘m getting tougher, so I‘m actually looking forward to the challenge,” Nishikori added.

”With Federer and Nadal back and younger players raising their game, the level of play has risen. I know I’ve been away from competition for about six months because of my injury, but I hope to make it back into the top five. I know I can.”