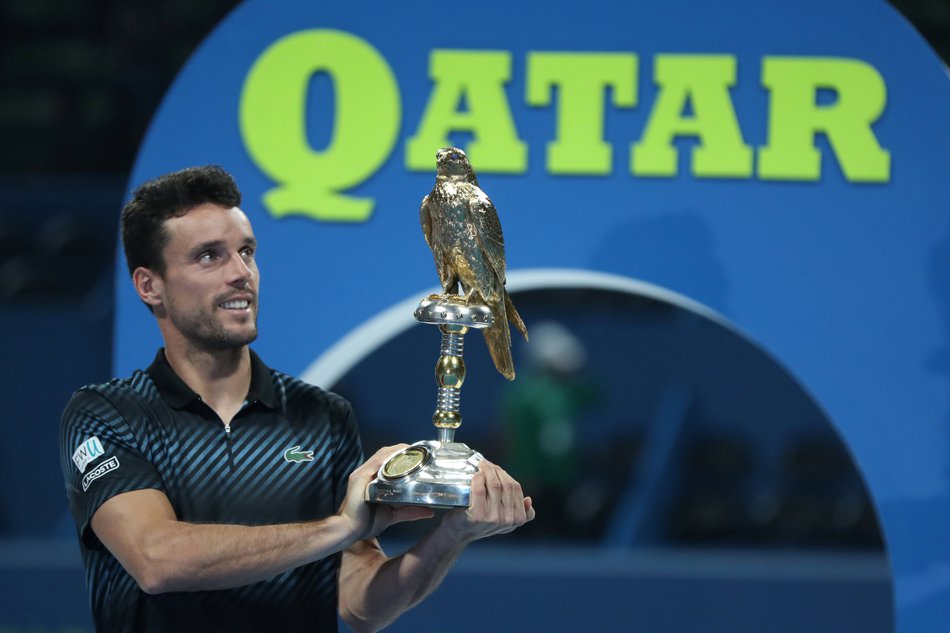 DOHA (Reuters) - Spain’s Roberto Bautista Agut overcame a mid-match scare to overcome Tomas Berdych 6-4 3-6 6-3 in the Qatar Open final for his ninth career title. A day after outclassing world number one Novak Djokovic in the semi-finals of the season-opening event, Bautista Agut came through another three-setter for his first title in Doha. The world number 24 saved five out of six break points and converted two of his own in a tight final to see off Berdych, who was seeking his first ATP title since 2016, in a little under two hours. “It’s been a fantastic week for me,” Bautista Agut, who endured some nervy moments in the decider, said. “Today it wasn’t easy to manage the emotions I had on court.” The 30-year-old will look to carry the momentum forward to the Auckland Classic next week in his final warm-up event before the Australian Open which begins in Melbourne on Jan. 14. Bautista Agut is looking to avoid another early exit in the season’s first Grand Slam, having lost to compatriot Fernando Verdasco in the opening round last year. Berdych, fighting fit again after a back injury, was pleased with his effort in his first tournament since the Queen’s Club championships in London last June. “Roberto was too good, so well done for the title today, but I am happy for the week,” the world number 71 added.