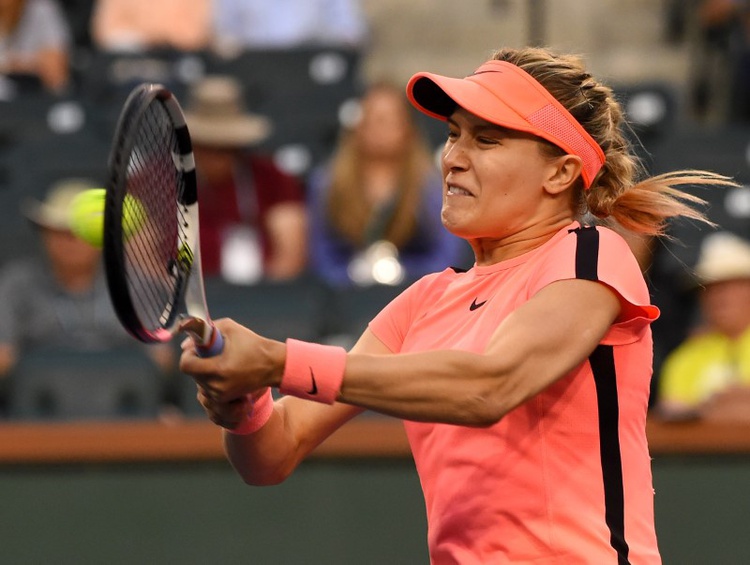 FLORIDA (Reuters) - Canadian Eugenie Bouchard beat American wildcard Allie Kiick 6-2 6-2 to be among a parade of former top 20 players to win their first round qualifying matches at the Miami Open on Monday.

Bouchard, a former Wimbledon finalist who has fallen outside the top 100 in the world rankings since reaching a career-high fifth in 2014, fired seven aces as she dispatched Kiick.

The 24-year-old Canadian, who last month won a slip-and-fall lawsuit against the US. Tennis Association over an incident at the 2015 US. Open that left her with a concussion, was playing her first match since a first-round loss at Indian Wells two weeks ago.

Yanina Wickmayer, who climbed to a career-high 12th in the rankings shortly after reaching the Miami Open quarter-finals in 2010, also advanced but needed nearly 2-1/2 hours to earn a 6-4 6-7(3) 6-4 win over Australia’s Olivia Rogowska.

Andrea Petkovic, a former world number nine, booked her spot in the second round of qualifying when German compatriot Sabine Lisicki retired. Petkovic was leading 4-6 6-3 3-1.

Former French Open runner-up Sara Errani, who was ranked fifth in the world in 2013, fell at the first hurdle after being beaten 6-4 5-7 7-6(2) by Czech Tereza Martincova.