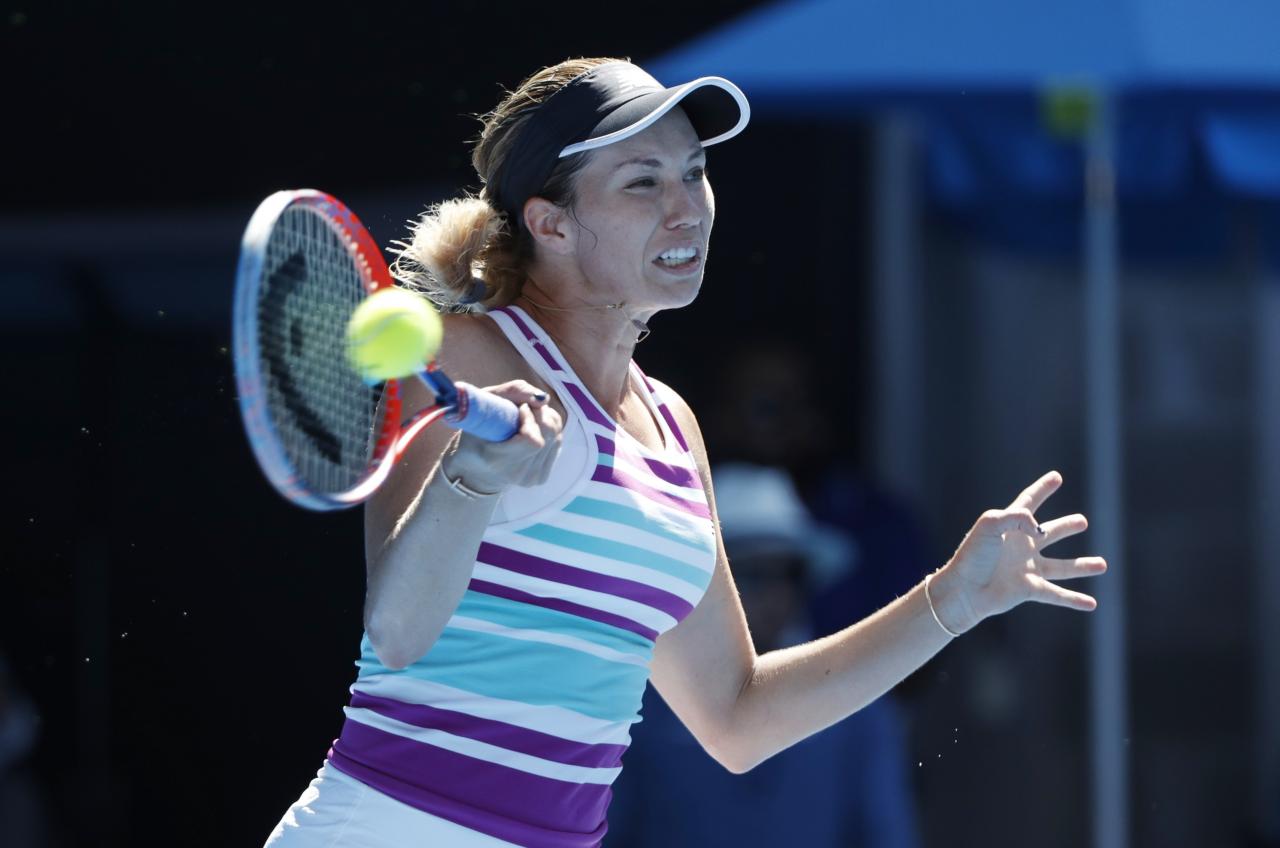 MELBOURNE (Reuters) - Unseeded American Danielle Collins took less than an hour to thrash 2016 champion Angelique Kerber 6-0 6-2 and power her way into the quarter-finals of the Australian Open on Sunday. The unheralded 25-year-old had not won a match in her previous Grand Slam appearances but after smashing 29 winners against triple Grand Slam champion Kerber she has now made it to the last eight in her first main draw showing at Melbourne Park. “I may not have won a Grand Slam match before this (but) I got to tell you I think it’s going to keep happening,” Collins said. “When I was in college, my coaches told me to go out, go after it and believe in my shots. All kudos to my coaching squad over there in the corner, they gave me a plan and I just did the job.” Ranked 35th in the world, Collins breezed through the opening set in 20 minutes with three service breaks, hitting winners on all sides of the court against the second seed, who had five double faults in the set. After an early trade of breaks in the second set, Collins smashed a backhand to break Kerber’s serve and take a 4-2 lead, before breaking the German once again to seal victory on her first match point in 56 minutes. Wimbledon champion Kerber mumbled to herself constantly, unable to show any fight she threw down her racquet in frustration that brought a warning from the umpire. “I go out fearless, I’ve been working hard my whole life, I just give it my all,” said Collins, who will next play either fifth seed Sloane Stephens or Russian Anastasia Pavlyuchenkova, who meet in the last match of the evening.