Tennis player Djokovic out but Del Potro, Cilic move on in Miami 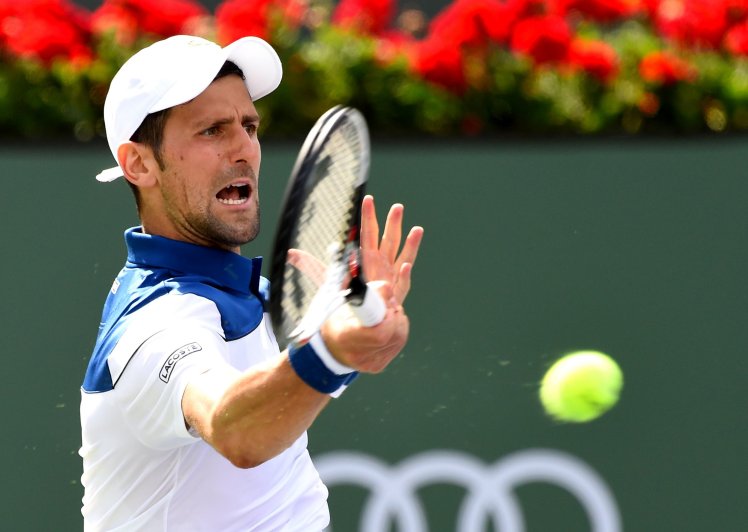 Tennis player Djokovic out but Del Potro, Cilic move on in Miami

FLORIDA (Reuters) - Six-time champion Novak Djokovic’s hopes of turning around his season at the Miami Open ended in the second round when he was defeated 6-3 6-4 by Frenchman Benoit Paire on Friday.

The loss snapped a 16-match winning streak in the tournament for the ninth-seeded Serb, who had been eliminated in the second round at Indian Wells but said before the match his right elbow was pain free for the first time in a long while.

The defeat also ended a streak of 21 consecutive victories over players from France for the former world number one.

“I’m trying, but it’s not working,” Djokovic told the Miami Herald. “That’s all it is. I mean, obviously I’m not feeling great when I’m playing this way.

“Of course, I want to be able to play as well as I want to play. Just it’s impossible at the moment. That’s all.”

Djokovic, who lost in the fourth round of the Australian Open and dropped his only match at Indian Wells last week, had not lost in three consecutive tournaments since the end of the 2007 season, when he dropped his final five matches.

Paire, who had lost his only other meeting with Djokovic, delivered nine aces to only two for

the Serb and won 71 percent of his service points.

Second seeded Croatian Marin Cilic moved into the third round with a 7-5 6-3 triumph over Frenchman Pierre-Hugues Herbert and third seed Grigor Dimitrov rallied from a set down to beat German Maximilian Marterer 4-6 6-2 6-1.

David Goffin was unsuccessful in his return from an eye injury, the seventh seeded Belgian falling to Portugal’s Joao Sousa 6-0 6-1.

American wild card Michael Mmoh produced another surprise, upsetting 12th seeded Roberto Bautista Agut 7-6(4) 2-6 6-4 in two hours, 43 minutes. Mmoh got the victory despite losing eight consecutive games after being up a set and 2-0.

Argentine Schwartzman, the 13th seed, dominated Chilean Nicolas Jarry 6-3 6-1 while the 20th seeded Raonic, a 2016 Wimbledon finalist, cruised into the third round with a 6-3 6-3 victory over Swede Mikael Ymer that took 66 minutes.

The Canadian fired off 16 aces to only four for Ymer and won 78 percent of his first serve points.