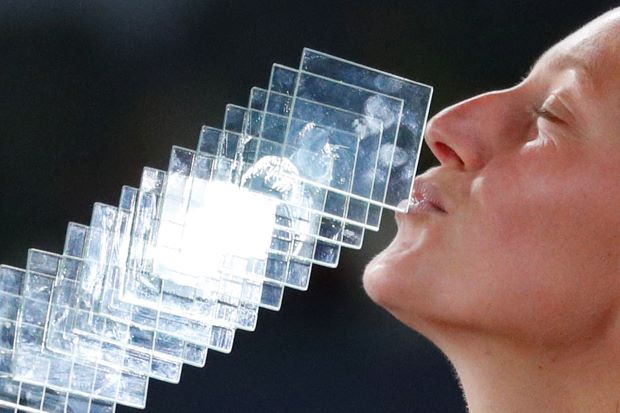 PARIS (Reuters) - Seventeen months after being attacked in her home by a knife-wielding intruder, Petra Kvitova has come to accept that she may always have that “weird feeling” whenever she is out alone and that her left playing hand will never fully recover. But rather than dwelling on the episode, which her surgeon feared would end her career after she was left with damaged tendons and nerves in her fingers and thumb, the 28-year-old Czech has adopted a positive attitude and has already won four trophies in 2018. That tally, which includes back-to-back claycourt titles in Prague and Madrid in the run-up to the French Open, is more than any other woman on the WTA Tour this season and has also lifted her to eighth in the world - her highest ranking since May 2016. Given it was only a year ago that she made her comeback from the December 2016 attack, Kvitova is having to pinch herself to believe how well things have gone. “It’s crazy! It’s happening but I still find it unbelievable. It’s totally unexpected for me so far,” Kvitova, who will face Paraguay’s Veronica Cepede Royg in the first round, told Reuters in an interview. “I’m feeling great and I am enjoying playing every moment because I couldn’t imagine myself playing as well as I am now. That’s important for me.” That the twice Wimbledon champion wants to savour every moment on court is understandable. For several months she had no idea if she would ever again feel the adrenaline rush that comes with winning tournaments. “I really didn’t know how the hand would react to playing tennis and even if I could hold the racket,” said Kvitova. “I was just working hard, being patient and being positive about it. I really didn’t know how everything would turn out. “The hand will never be 100 percent again. The last part of the fingers, I can’t move them in ... I can’t do a fist pump but, the last 12 months have been great and I am not complaining at all.” Czech media reported on Thursday that a 54-year-old man had been detained in connection with the attack.

Kvitova’s idol Martina Navratilova was full of praise for the way the Czech has overcome the difficulties of playing without having her hand back at 100 percent. “I can’t imagine being in Petra’s position and playing without full feeling in my racket hand,” Navratilova told the WTA. “It must be like gripping a racket while wearing a glove or trying to ski when you have frozen feet and can’t feel the snow at all.” Now that Kvitova is back to a level where she is once again among the favourites to win a Grand Slam title, how much of her career does she think the attack cost her? “I obviously lost the five months I couldn’t play tennis and then it took me a while to be ready and play again on the level I wished,” she said. “Maybe I lost a year of my career ... for sure it took something out but maybe this situation gave me something positive.” Kvitova has admitted to having a “weird feeling” if she is going somewhere alone and feels “happier and secure” if someone is with her when she is out and about. However Kvitova, who reached a career high of number two in the world in 2011, says she is now less driven by numbers and goals and is delighted just to have got back to where she is in the game. “It is something I would like to achieve in my career but it won’t be end of the world if I don’t,” she said when asked if becoming world number one was on her wish list. “I don’t have any main goals any more. “Being in the position I now find myself in is just amazing. I couldn’t have imagined this a year ago. It’s great,” added Kvitova, who was beaten in the second round at Roland Garros last year. “I am enjoying playing on clay right now so it’s great. I’m hopefully going to play more than one match in Paris.”