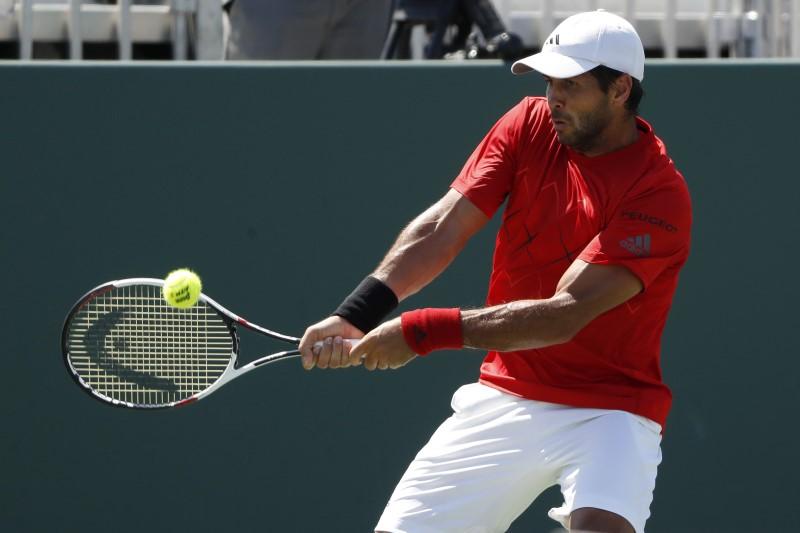 FLORIDA (Reuters) - Fernando Verdasco got into a Twitter spat with Australian Nick Kyrgios on Monday over a since-deleted post in which the latter expressed his desire for the Spaniard to lose his third round match at the Miami Open.

Verdasco, the 31st seed, became annoyed during his 3-6 6-4 7-6(4) win over Thanasi Kokkinakis and even argued with the Australian qualifier in the deciding set when he accused his opponent’s father of talking during his serves.

Kyrgios, who has a reputation on the tennis circuit for being outspoken, took to Twitter to weigh in on the happenings at Crandon Park in Key Biscayne, Florida.

“I hope TK wins this match, Verdasco is the saltiest dude, must be frustrated at his past success against Aussies,” Kyrgios wrote in a Twitter post he has since deleted.

World number 39 Verdasco does indeed have a poor record against Australian players, his most recent loss to a competitor from Down Under coming at the hands of teenager Alex de Minaur in the first round at the Sydney International in January.

Verdasco, who could face Krygios in the Miami semi-finals, felt the need to respond after his nearly three-hour match and wrote, “when you have the courage to put a tweet insulting another player you need to have the same to don’t delete it.”

Kyrgios, who enjoyed a speedy 6-3 6-3 win on Monday to reach the fourth round, was not about to let the spat end there and fired off one final message:

“I would honestly have told it to Fernando’s face, the reason I deleted my previous tweet was because I didn’t want to cause unwanted attention, but I’m just gonna leave this here. Thanks for blocking me, I’m sure that took a lot of courage x.”

Verdasco will be in back in action on Tuesday when he faces fellow Spaniard Pablo Carreno Busta, the 16th seed. Kyrgios will battle German fourth seed Alexander Zverev.