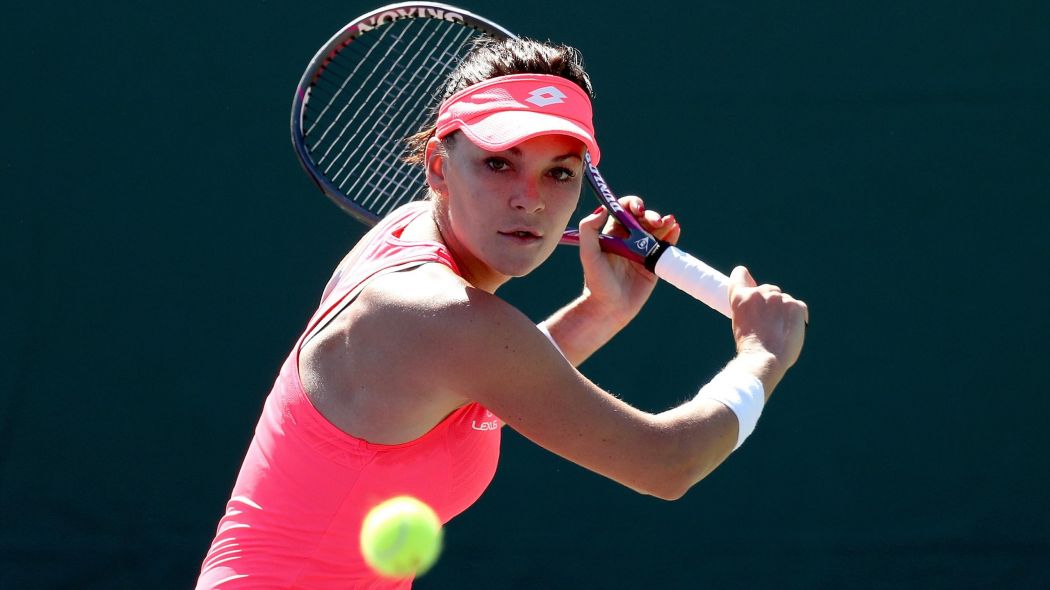 TALLAHASSEE (Reuters) - Former champion Agnieszka Radwanska stunned world number one Simona Halep in the third round of the Miami Open, winning 3-6 6-2 6-3 on Saturday.

Radwanska, who won in Miami in 2012, claimed six of the last seven games in the deciding set to claim the victory after an hour and 48 minutes.

Fifth seed Karolina Pliskova had a tough time before battling past Taiwan’s Hsieh Su-Wei and three-time Miami champion Victoria Azarenka needed three sets to get past Anastasija Sevastova of Latvia.

Halep, who was beaten by eventual champion Naomi Osaka in the Indian Wells semi-finals last week, took advantage of a woeful service game and 10 unforced errors by her opponent to take the first set.

But Radwanska, who only held her serve once in the opening set, dropped just four points in the opening four games of the second, breaking twice and opening up a 4-0 lead.

She broke again late in the set to even the match.

Halep broke early in the third to lead 2-0 but unforced errors - 44 in total against 31 winners - proved too much for her to overcome and Radwanska emerged with the victory.

“I’m so happy, especially because she’s been playing great tennis in the last couple of months,” Radwanska told reporters.

“The atmosphere was great here and all worked perfectly. Every match is special here on that court with a full stadium. You cannot ask for more.”

Third seed Garbine Muguruza is still in it though and the reigning Wimbledon champion brushed aside American Christina McHale 6-2 6-1.

After former world number one Pliskova won a close first set, doubles specialist Hsieh dominated the second as her opponent made 12 errors.

The Czech broke at 5-3 in the third set before Hsieh saved three match points to break back. Pliskova came close again to winning the match but Hsieh held serve to set up a tiebreak where the Czech closed it out on her seventh match point.

Azarenka also went the distance against Sevastova, and while the former world number one said she was not firing on all cylinders she was happy to grind out a result.

“I don’t feel like I played my best tennis, but those kind of matches are super important for me right now,” Azarenka told reporters after her 3-6 6-4 6-1 over the 20th seed.

In other matches, 10th seed Angelique Kerber took down Anastasia Pavlyuchenkova 6-4 6-4 and Sloane Stephens came back from a set down to beat Monica Niculescu. The Romanian retired with Stephens leading 6-7(1) 6-3 4-0.