Terrorists do not want elections to take place: Bilawal 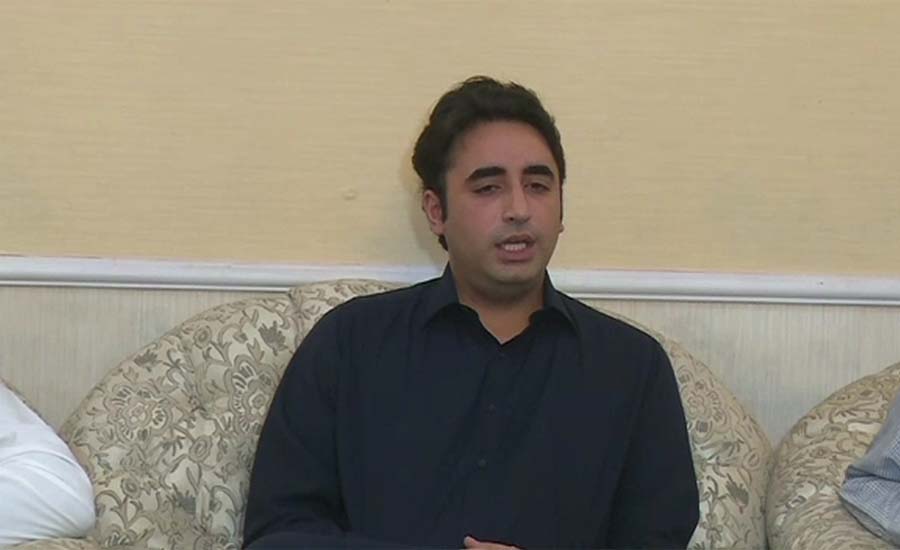 Terrorists do not want elections to take place: Bilawal

MALAKAND (92 News) – Pakistan People's Party (PPP) Chairman Bilawal Bhutto Zardari has said on Sunday that the terrorists do not want elections to take place. Addressing a press conference in Malakand, Bilawal assured that the general election will be held on time. He said that despite cancelling his public gathering here in light of the Mastung blast, he has come to Malakand to meet the people. The PPP chairman said that he would soon go to Quetta to express solidarity with families of the Mastung blast victims.To a question regarding the possibility of postponement of elections, Bilawal said if elections can take place in Iraq and Afghanistan, then they can be held in Pakistan too. To a question about the security situation of the country, he lamented that the National Action Plan has not been implemented completely. To another question, he vowed to raise the issues of the people of Malakand at the national level. Talking about difficulties which his party facing during campaigning across Pakistan, he said that free and fair elections are our right. He claimed that the local administrations are treating PPP differently than other political parties. Bilawal vowed to take the matter to the Election Commission of Pakistan (ECP) and stated further that all state institutions should work within their framework. He said that his party should not be pushed against the wall and assured that the general election will be held on time. The PPP leader stated that a controversial parliament will be unable to solve people’s problems, saying that they have to focus on basic issues like gas and water. Bilawal said that his mother late martyred Benazir Bhutto also said weak democracy is still better than a dictatorship. Responding to Pakistan Tehreek-e-Insaf Chairman Imran Khan's use of derogatory terms for supporters of other political parties, Bilawal termed it outrageous, saying a prime ministerial candidate should aim to be a representative of the entire nation and not just his party supporters. Bilawal is contesting the July 25 general election from NA-8 constituency.