Terrorists among 12 held in Karachi 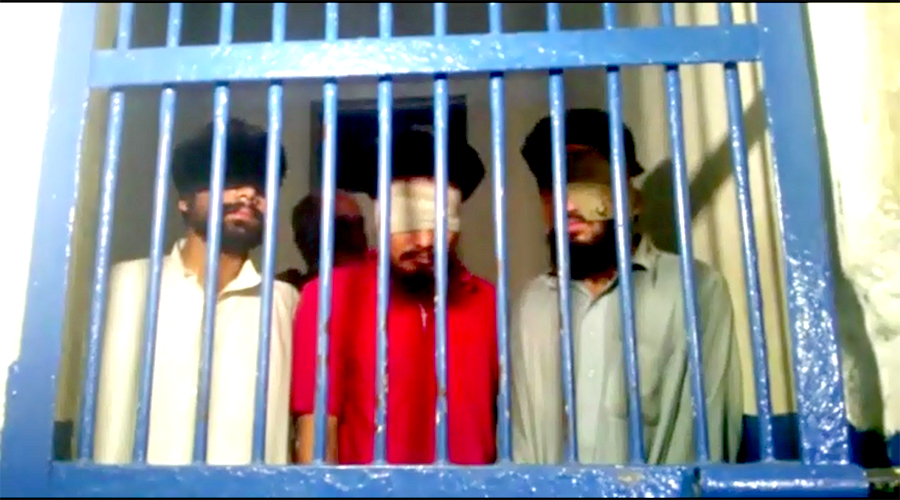 Terrorists among 12 held in Karachi

KARACHI (92 News) – The law enforcement agencies have on Wednesday apprehended at least 12 accused including seven terrorists during operations in Karachi’s different areas. As per details, the law enforcement agencies carried out raid in Lyari Agra Taj area and detained four accused belonging to a banned organization. On the other hand, three accused were nabbed in a raid in city’s Praidi area and recovered hand grenades, cracker and weapons. The arrested terrorists were identified as Abdul Bashir, Abdur Rehman and Kamal-ud-Din. In another, police conducted an operation in Quaidabad area and held three dacoits who were were involved in street crimes and seized two TT-pistols and drugs from their possession. Meanwhile, an accused namely Abdul Kareem was arrested in a raid in Soldier Bazar area and confiscated TT-pistol from him.