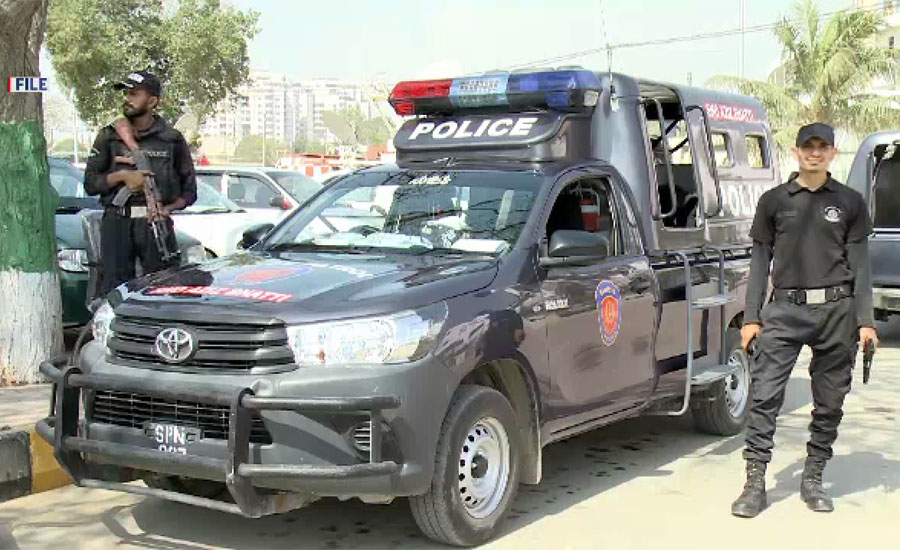 KARACHI (92 News) - Terrorists arrested from Karachi by the Counter Terrorism Department (CTD) on Tuesday have made startling revelations during the probe on Wednesday.

It is pertinent to mention here that the accused were arrested yesterday from the North Nazimabad area on a tip-off provided to the local police.

According to reports that emerged during the probe, the group was not only involved in terror activities in Karachi but in other parts of the province.

One of the alleged terrorists, Muhammad Gabol confessed during the probe that he committed a targeted killing along with his other accomplices in Shikarpur during 2010 besides also attempting to target an owner of a private news channel.

He further confessed to injuring a bus driver during a dacoity bid in Tando Allah Yar along with other accomplices in 2003.

Another accused identified as Azharuddin admitted his role in providing information regarding a general secretary of a party in 2013, who was later killed by his accomplices Ahmed and Irfan.

Azhar further confessed his role in other target killing incidents in Korangi area of the city during 2014. Both the accused admitted that they had traveled to Afghanistan for training twice. Mumtaz alias Firoun and Ahmed Khan alias Munna escaped from prison and were taken to Afghanistan. He also confessed to planning the attack, reiki of sensitive places and important personalities.

The most wanted terrorists Azharuddin alias Mama and Muhammad Gabol alias Jamshed were arrested by the central district police. According to police, two grenades, a Kalashnikov, a pistol and ammunition were recovered from the terrorists.