PESHAWAR (92 News) – Federal Minister for Interior Chaudhary Nisar Ali Khan has said that some people spread terror in the name of Islam, whereas they have nothing to do with Islam. Talking to media after the Fortier Corps (FC) passing out parade in Warsak on Friday, the minister said Islam spreads the message of peace. “Unfortunately, some use religion to destroy peace in the country,” he said. Lauding the efforts of security forces in combating terror, Chaudhar Nisar said that security forces have rendered immense sacrifices for the country. “Despite heaving losses in operation against the terrorists, the soldiers’ have stood their ground,” he said. “The police is trained for law and order situations. The nation is looking up to its soldiers.” 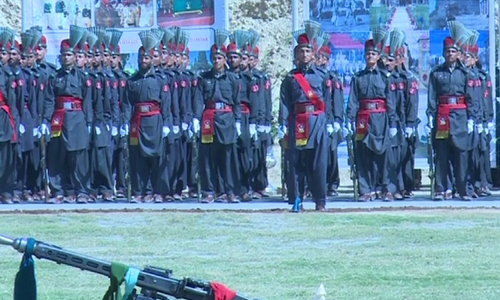 The minister also praised the Karachi operation saying that situation in Karachi has improved a lot.