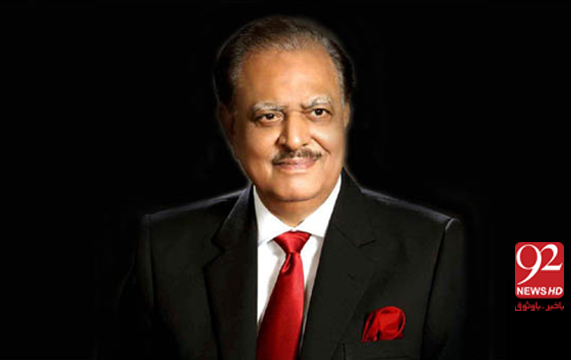 ISLAMABAD (92 News) – President Mamnoon Hussain has on Wednesday said that the terrorists wanted to block the country’s progress but reaffirmed the resolve to take the operation against terrorism to its logical end. Addressing the Pakistan Day Parade ceremony in Islamabad on Wednesday, Mamnoon Hussain said that March 23 is the day of ideological identity, adding that the enemies thought Pakistan will not survive for long. He said that our weaponry is only for the defense of the country, adding that we have never indulged in the arms race but for the defense of the country, the requirements of the armed forces will be fully met. The president said that Pakistan is a peace loving country and has contributed troops many times for the UN peacekeeping missions in different countries. “Pakistan will continue to play its role to free the world of the scourge of terrorism and conflicts,” he said. Mamnoon Hussain said that Kashmir is jugular vein of Pakistan and we want peaceful resolution of this longstanding dispute. He reiterated that Pakistan will continue to extend moral, political and diplomatic support to the Kashmiri people in their right to self-determination.