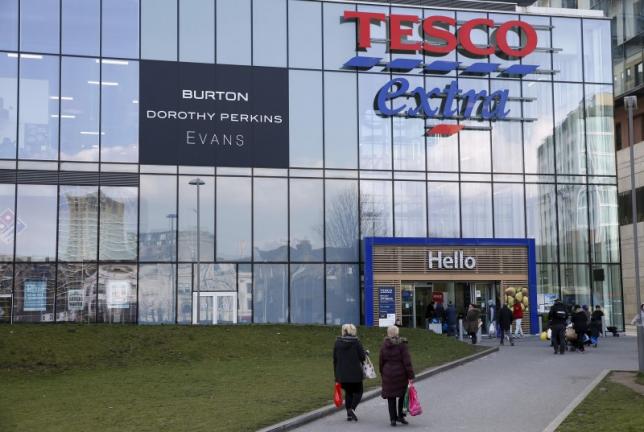 LONDON - Tesco on Friday unveiled its latest weapon in a drive to improve its image and win share in the cut-throat British grocery market - free fruit for children while their parents shop. Hammered by changing shopping habits, the rise of German discounters Aldi and Lidl and an accounting scandal, Tesco has been fighting back under Chief Executive Dave Lewis who took charge in Sept. 2014. Britain's biggest retailer said the free fruit initiative, being launched in over 800 stores, will see it provide apples, soft citrus and bananas to under sixteens. Children accompanied by an adult can pick one free piece from a stand at the front of the store. “We’re Britain's biggest greengrocer, so we want to make it easier for parents to get their children eating more healthily," said Matt Davies, Tesco CEO for the UK and Ireland. Tesco declined to reveal the anticipated cost of the initiative. A spokesman said Tesco sells over 2,500 tonnes of citrus fruits and up to 4,000 tonnes of bananas every week. The firm has about 42 million shopping transactions a week. Last month Lewis said Tesco's recovery was gaining momentum as the firm reported a second straight quarter of UK underlying sales growth. However, the supermarket's share price is still down 26 percent over the last year. -Reuters