Tesla burns cash, loses more than $4,000 on every car sold 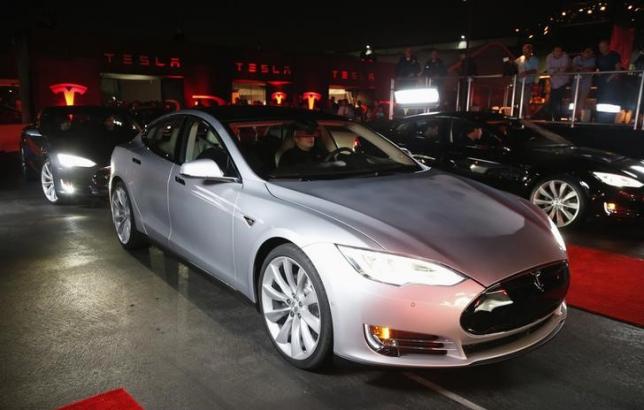 Tesla burns cash, loses more than $4,000 on every car sold

MANILA - It's crunch time for Tesla Motors. The Silicon Valley automaker is losing more than $4,000 on every Model S electric sedan it sells, using its reckoning of operating losses, and it burned $359 million in cash last quarter in a bull market for luxury vehicles. The company on Wednesday cut its production targets for this year and next. Chief Executive Elon Musk said he's considering options to raise more capital, and didn't rule out selling more stock. Musk has taken investors on a thrill ride since taking Tesla public in 2010. Now he's given himself a deadline, promising that by the first quarter of 2016 Tesla will be making enough money to fund a jump from making one expensive, low volume car to mass producing multiple models, and expanding a venture to manufacture electric power storage systems. Tesla's shares fell almost 9 percent on Thursday and slipped another 2 percent on Friday as investors and analysts weighed the risks of Musk's ambitious plans for expanding Tesla's auto and energy storage businesses. Tesla had just $1.15 billion on hand as of June 30, down from $2.67 billion a year earlier. Automakers consume cash to pay for assembly line equipment, including metal dies and plastic molds, as well as testing to meet safety and emissions standards. A typical new car can cost $1 billion or more to engineer and bring to market. Established automakers such as General Motors Co and Ford Motor Co have amassed far larger cash cushions as they've rebuilt balance sheets battered by the 2008-2009 recession. GM, restructured six years ago in a government funded bankruptcy, has targeted cash reserves of $20 billion and had more than $28 billion in cash equivalents as of June 30. To be sure, GM sells more than 9 million vehicles a year, while Tesla plans to build between 50,000 and 55,000 cars this year. Tesla, most of whose cars are built to order directly, delivered 11,532 cars in the second period and said it had an operating loss of about $47 million, for an operating loss per car of about $4,000. Tesla's narrower margin for error is just one more way in which it is different from its century old rivals. The company said it plans $1.5 billion in capital spending this year, mainly to launch its Model X, battery powered sport utility vehicle with eye-catching, vertical-opening "falcon wing" doors. Tesla reported $831 million in capital spending during the first half of the year, indicating it will spend roughly another $700 million. During the second quarter, Tesla said operating costs and research and development spending rose, while average selling prices for the Model S lineup, which starts at $70,000 before federal and state electric vehicle tax breaks, fell 1 percent as the mix of sales shifted to less expensive models and a strong dollar hit revenue generated overseas. The Model S comes in several different versions, ranging in price up to $106,000 or more, depending on options. CAPITAL SPENDING Tesla has signaled capital spending will drop next year because the company won't be spending on a major vehicle launch. In 2017, Tesla plans to launch its Model 3 line, which the company says will start at about $35,000 and push total sales toward the goal of 500,000 vehicles a year by 2020. Barclays analyst Brian Johnson disagreed with the company's estimates, and said he expects Tesla's capital spending will go up in 2016 and 2017 as the company ramps up its battery factory and Model 3 development. "Their small scale means the cash generation is not as great as they might have hoped for," he said. Musk said this week Tesla expects to have $1 billion in cash over the next year, and told analysts "there may be some value" in raising capital "as a risk reduction measure." Tesla's stock is still about 70 percent higher than it was two years ago, and 8 percent ahead of its level on Jan 1. With a market capitalization of $31 billion, Tesla is worth more than Fiat Chrysler Automobiles NV, the much larger maker of Ram pickups and Jeep Grand Cherokees. "A capital raise, given the way they're burning cash today, given the fact that they have future investment needs, seems very likely at some point," said UBS Securities analyst Colin Langan, who has a sell rating on the stock. Musk has steered Tesla out of tight corners before. In September 2012, the company faced a cash crunch, but raised money by selling shares and renegotiating the terms of a federal loan. The Model S started production in miod-2012. Tesla has made moves to expand sales volume, and lure people to pay more for its vehicles. In addition to adding a lower priced version of the Model S, Tesla last month said it would offer performance upgrades for its Model S 85 and 85D for $5,000 and launched the Model S 90D and P90D high performance cars at a $10,000 price premium. Tesla reports its finances in a different way from the Detroit automakers. Using the generally accepted accounting principles, or GAAP, used by GM or Ford, Tesla's operating losses per vehicle have steadily widened to $14,758 from $3,794 in the second quarter of 2014. But Tesla points out in its statements to investors that its GAAP accounting excludes certain revenue and profits from Model S sedans that customers lease. In the second quarter, the deferred gross profits from Model S leases amounted to $61.9 million, Tesla said. Analysts say they add back the deferred revenue to make Tesla's figures more comparable to the reporting used by other automakers. - Reuters