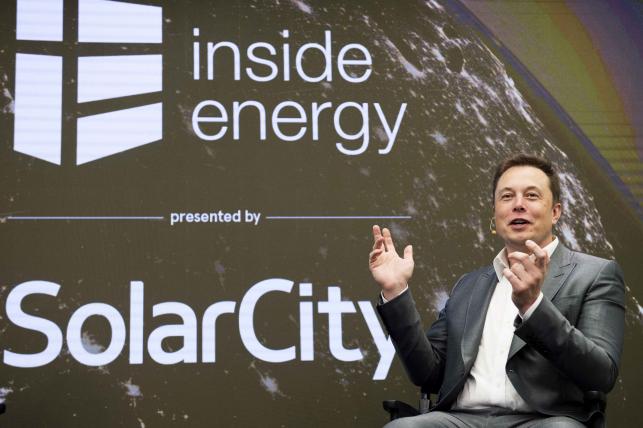 LONDON - Tesla Motors Inc and SolarCity Corp SCTO.O have made progress in putting together a deal that will merge the electric car maker and the solar panel installer, people familiar with the matter said. The two companies, which count billionaire Elon Musk as a major shareholder, are in the final stages of carrying out due diligence on each other, and could agree on the terms of a deal in the coming days, though it is still possible that their negotiations end unsuccessfully, the people said on Saturday. It could not be learned whether SolarCity would be successful in including a go-shop provision in a merger agreement with Tesla that would allow it to continue to solicit bids from other potential buyers for a short period of time. The sources asked not to be identified because the negotiations are confidential. Representatives for SolarCity and Tesla did not immediately respond to requests for comment. Tesla announced last month that it had made an all-stock offer for SolarCity worth $2.8 billion. It argued that by acquiring SolarCity, the two companies would form a one-stop clean energy shop, offering consumers solar panels, home battery storage and electric cars under a single trusted brand. SolarCity has not publicly revealed its views on Tesla's offer since it announced on June 27 that it had formed a special committee consisting of two board members to evaluate the offer. The committee said it had retained legal and financial advisers and would review the proposal against SolarCity's standalone prospects and a broad range of strategic alternatives. As chief executive of Tesla, chairman of SolarCity and the biggest shareholder in both companies, Musk has recused himself from voting on the deal at both companies. Several Tesla and SolarCity executives, including Musk's cousins SolarCity CEO Lyndon Rive and SolarCity board member Peter Rive, have also recused themselves from voting. Elon Musk said on July 20 when he revealed his master plan "part deux" for Tesla that he is looking to create a "smoothly integrated and beautiful solar-roof-with-battery product." "We can't do this well if Tesla and SolarCity are different companies, which is why we need to combine and break down the barriers inherent to being separate companies," Musk said. -Reuters