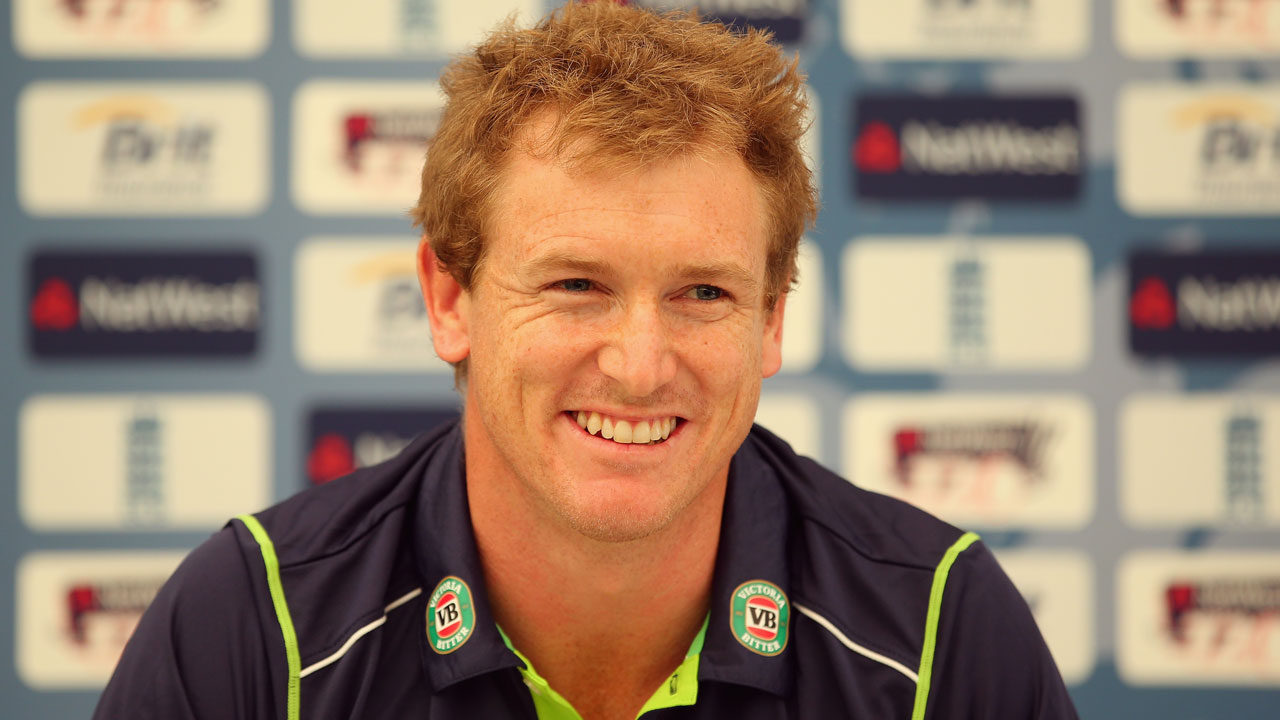 MELBOURNE - Nearly three years have passed since George Bailey was shut out of test cricket after one middling series but the door has creaked ajar as Australia searches for answers to its subcontinental malaise before a daunting tour to India. Having watched the test side slump to an unprecedented 3-0 whitewash to Sri Lanka, Bailey ensured there would be no repeat in the one-day tournament by smashing 270 runs at an average of 67.50 to top the batting lists and drive the tourists to a 4-1 victory. Bailey's unbeaten 90 in the fourth match fired Australia to an unassailable 3-1 lead in the series and showed the hallmark composure that made the Tasmanian first understudy to Michael Clarke before the captain's retirement last year. Australia's woeful performance against probing spin bowling on flat, turning wickets in the test series has forced selectors to go back to the drawing board. The top six batsmen who worked so seamlessly on home wickets against New Zealand and West Indies last summer are expected to be picked apart after being found out in Sri Lanka. David Warner, one of the few who would feel comfortable about their place, gave Bailey a ringing endorsement while just stopping short of nominating him for the four-test tour of India. "He's played fantastic, he's played unbelievable cricket in the subcontinent," Warner told reporters after blasting a match-winning century in the final ODI in Kandy on Sunday. "I think he's averaging almost 70 now. He's been a fantastic player in these conditions for a while now and as I've said previously I'm not here to put names up for selection. "(The selectors) have to make hard choices ... to pick the right team come February." Bailey played the last of his five test matches in Jan. 2014, having scored an underwhelming 183 runs at an average of 26.14 in Australia's 5-0 whitewash of England in the home Ashes series. Although a proven leader and hugely respected by team mates, Bailey has also seemed desperately unlucky at times, and was pushed out of Australia's formidable one-day side for last year's World Cup triumph on home soil when making way for Clarke's return from injury. He turns 34 on Wednesday but has never lost hope of winning a spot back on the test team and he showed the patience and sound technique against Sri Lanka's spinners to mount a good case for his inclusion for India, according to Tasmania state coach Dan Marsh. "If they're looking for someone who can play spin well in the subcontinent, I'm sure he's got his name up there," Marsh, the son of selectors' chairman Rod Marsh, told Cricket Australia's website (cricket.com.au). -Reuters