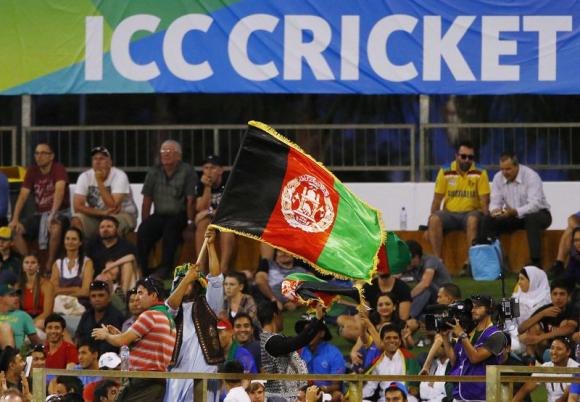 NAPIER - Afghanistan cricket officials are in talks with four or five Test-status nations about playing more fixtures against the country after the World Cup, coach Andy Moles said on Saturday. Afghanistan, who only played their first officially recognised one-day fixture in 2009, and Ireland had been granted permission about a month ago by the International Cricket Council to directly approach Test nations about incorporating games into the Future Tours programme, he added. "We are currently talking to four or five countries who have shown interest but obviously talking about it and getting it done is the hard thing," Moles said in Napier on Saturday, the day before his side's Pool A clash with New Zealand. "We are realistic we are not going to get standalone tours but it would be nice if we could be added onto a series and make it a tri-series where we could pick up opportunities to compete against the better sides. "So yes, we are talking to four or five countries who have shown a desire to help us improve, so that is very encouraging." Since their first ODI against Scotland in Benoni in April 2009, Afghanistan have played 49 official matches. Prior to the current World Cup they had played 10 matches against Test nations, four of those in the Asia Cup in 2014, while four more were against Zimbabwe in their only series against a Test side in July 2014. Only Pakistan and Australia have played one-off matches against Afghanistan, whose performances at the World Cup have captured the fans' imagination and shown their players are not totally out of their depth at international level. Due to the security situation in Afghanistan, the side play their 'home' matches in Sharjah and Moles said it would be ideal for Test nations to include games against his team when they were in United Arab Emirates for series against Pakistan. "We are trying to say, 'well use us for your warm-up games' as that gives us the best opportunity to play the best teams and gives the full member nations the chance to get used to the conditions ahead of the Pakistan series," he said. "So when we package it up in that way, it makes it more attractive than, 'right, we are going to go play Afghanistan'. "That would be excellent for us and would be of huge benefit to the teams getting ready to play in the UAE." – Reuters