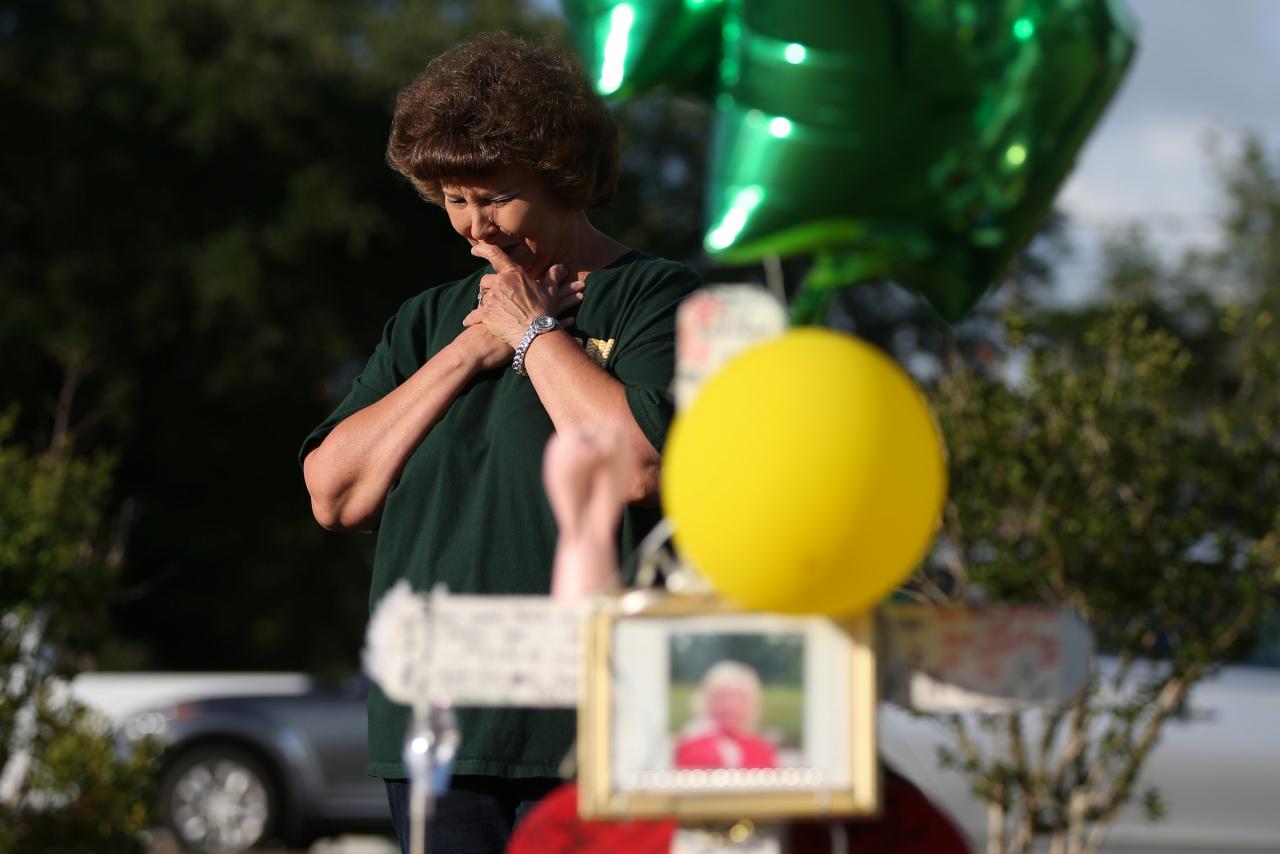 AUSTIN (Reuters) - Texas Governor Greg Abbott sought consensus on firearms in a second round of talks on preventing gun violence on campus and may look at “red flag laws” to keep guns out of the hands of people deemed by a judge to be danger to themselves or others. After last week’s fatal shooting of 10 people in a Houston-area high school, Abbott invited the Texas State Rifle Association, affiliated with the National Rifle Association, and Texas Gun Sense, which favours tighter gun laws, to join him in Austin, the state capital. Abbott, a Republican, said the panel discussed ways to address mental health issues at schools, safe storage measures for firearms at homes and the so-called red flag warning laws. “We focussed on trying to build bridges between sides that may not always see eye to eye, working collaboratively on one goal, and that is making sure that we are going to keep our students, our schools and our communities safer,” Abbott, a supporter of gun rights, told reporters after the closed-door meeting that lasted about two hours. Alice Tripp, legislative director of the Texas State Rifle Association, told reporters after the meeting she found “no common ground” with groups at the session supporting tougher gun laws. “Crimes are not stopped by laws,” she said. Gun control advocates at the meeting believe bipartisan support in the state’s Republican-controlled legislature can be found on some of the items mentioned by Abbott. “There were no commitments per se but there were a lot of discussions,” Ed Scruggs, board vice chair of Texas Gun Sense said after the meeting. Abbott said any changes to state laws would need to protect Second Amendment rights to bear arms as enshrined in the US Constitution. The legislature is out of session until January 2019, making it nearly impossible for the state to implement and fund any major changes from the talks. In contrast to Florida, where the killing of 17 teens and educators at a school in February sparked a youth-led movement calling for new restrictions on gun ownership, the Texas tragedy saw many elected officials and survivors alike voicing support for gun rights. Dimitrios Pagourtzis, 17, has been charged with murder in the killing eight students and two teachers during a rampage at Santa Fe High School on Friday - the latest in a string of deadly school shooting in the United States this year. Victims of mass shootings and their family members are scheduled to take part in the final session on Thursday.