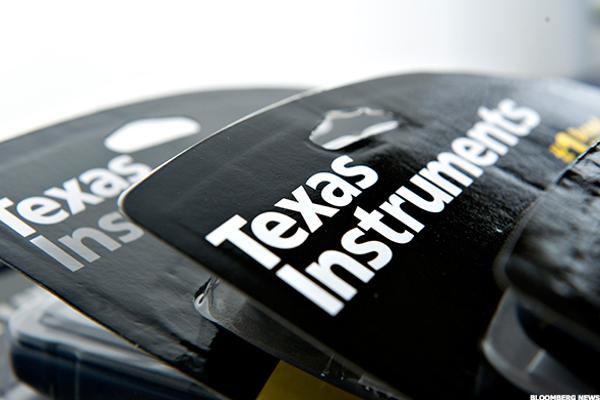 TEXAS - Texas Instruments Inc reported a better-than-expected quarterly profit as the company benefited from higher demand for its chips from automotive and industrial customers. Shares of the company, which first became popular for its calculators that it still manufactures, rose 2.8 percent to $83.65 in after-hours trading on Tuesday. The Dallas, Texas-based company's focus on the industrial and automotive industries is paying off as automotive products have contributed significantly to revenue in the past few years. The automotive business, which includes sensors used in advanced driving systems in vehicles, generated about 18 percent of the company's revenue in 2016. The company's core business consists of analog chips that are used to calculate changes in sound and temperature, and embedded chips that are used in IoT and personal devices. Analog revenue grew nearly 18 percent to $2.41 billion in the second quarter. Buoyed by its performance, the company forecast third-quarter profit of between $1.04 per share and $1.18 per share and revenue of $3.74 billion to $4.06 billion, above analysts' average expectation of a profit of $1.05 per share and revenue of $3.76 billion, according to Thomson Reuters I/B/E/S. Texas Instruments said net income rose to $1.06 billion, or $1.03 per share, in the second quarter ended June 30, from $819 million, or 79 cents per share, a year earlier. Analysts' on average had expected 96 cents per share. The chipmaker's net revenue rose for the fifth straight quarter, to $3.69 billion from $3.27 billion. Up to Tuesday's close, Texas Instruments' stock had gained about 11 percent this year. -Reuters