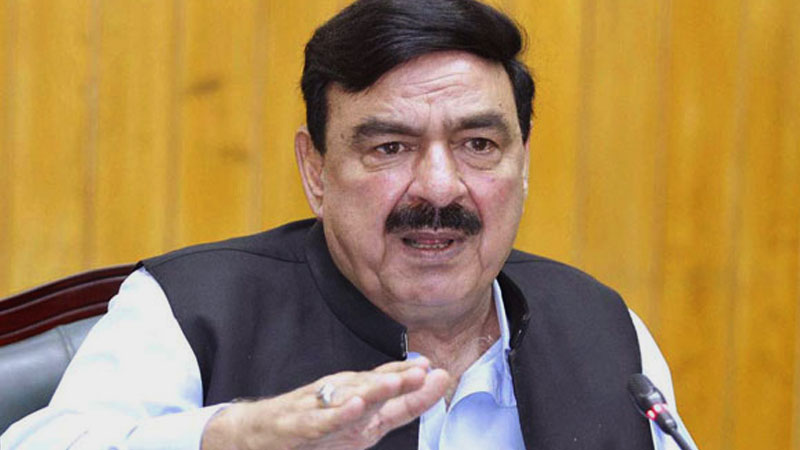 ISLAMABAD (92 News) – Federal Minister for Railways Sheikh Rasheed on Thursday said that Tezgam tragedy occurred due to cylinder and stove blast. In a statement over train incident, the minister said that the fire was erupted in train’s economy class by a cylinder and stove blast that occurred in the morning 6:45 when passengers belonging to a Tableeghi Jamaat were preparing their breakfast.

Govt announces to give Rs1.5mln to train victims

Shiekh Rasheed has announced compensation money for the bereaved families of the victims of Tezgam Express fire incident in Rahim Yar Khan. He said that the government has announced to give Rs1.5 million to the deceased of the mishap while Rs0.5 million will also be handed over to the injured as compensation money. “Many people saved their lives by jumping off the train,” he said. He said that bogies severely damaged by the fire have been detached by the rest of the train. He continued that there is a need to strictly follow railway rules as cooking is strictly prohibited in the trains. The minister mentioned that the wounded are being given best medical treatment at burn units in Kharian and Multan whereas emergency has also been declared in all hospitals of the district.

Sheikh Rasheed Ahmed ordered an inquiry into the incident to determine the root cause along with details of the officers that allowed gas cylinders on board the train.  He demanded the preliminary inquiry report within 24 hours. He also informed that the train track would be cleared for commute within two hours, the Tableeghi Jamaat members were headed for a religious gathering in Rawalpindi and were trying to cook something over a gas cylinder when a possible leakage resulted in catastrophe. At least 73 passengers were killed and several injured when an Tezgam Express train caught fire near the city area of Liaquatpur in Rahim Yar Khan on Thursday. According to the reports, several passengers burnt alive as three bogies of Tezgam Express caught fire near Talwari Station in Liaquatpur area.