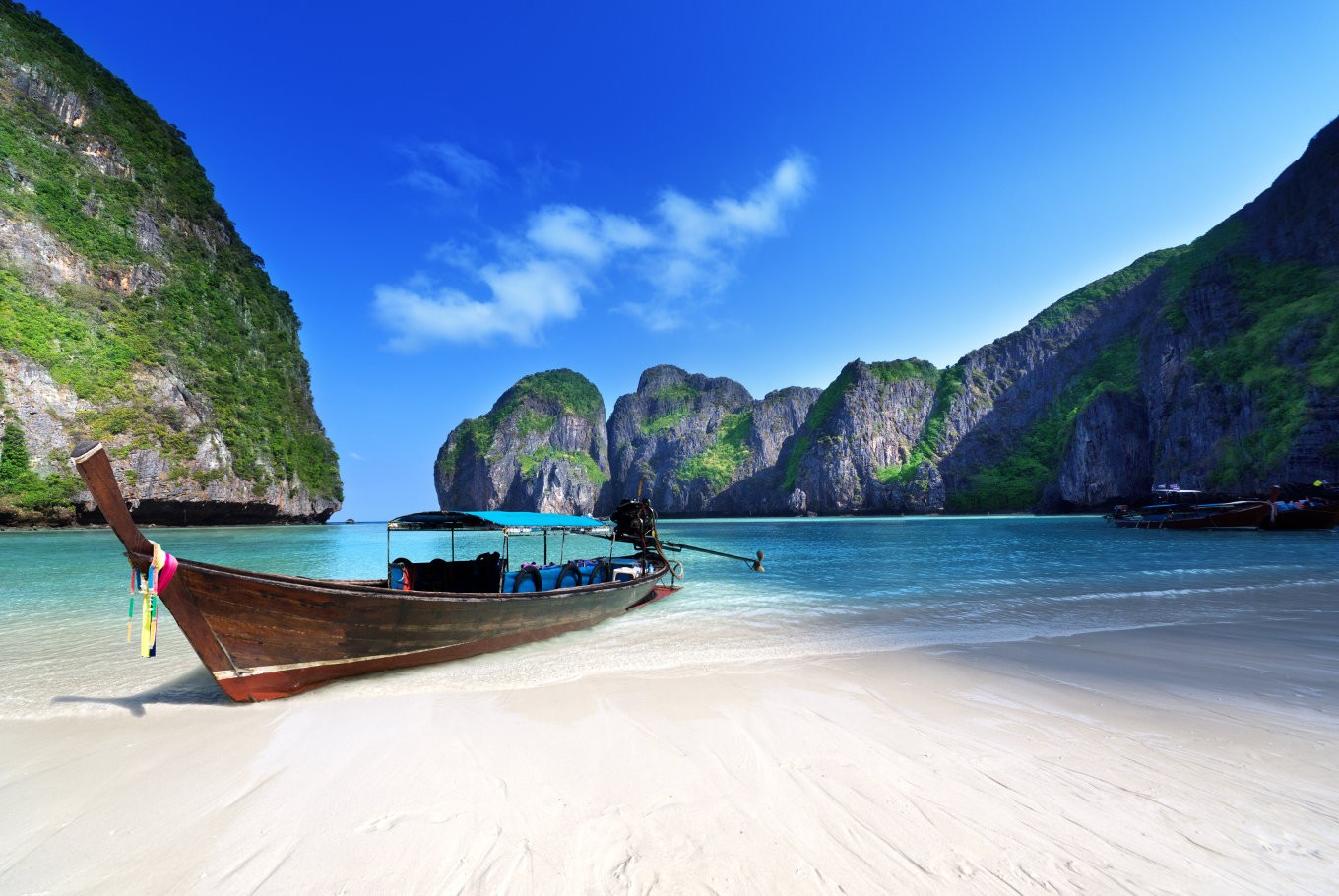 BANGKOK (Reuters) - Thailand’s Maya Bay, made famous by the film “The Beach”, will close to visitors for four months from June to allow its coral reefs to recover from rising temperatures and the environmental impact of thousands of visitors each day. The bay, on Phi Phi Leh island in the Andaman Sea, was the main location of the 2000 film starring Leonardo Di Caprio, which revealed to viewers the stunning beauty of Thailand’s turquoise seas and white-powder beaches, spurring many to visit. Up to 5,000 visitors go to the beach every day, says Thailand’s tourism agency, traveling by speedboat and ferries to Maya Bay, which is sheltered by 100-meter high cliffs. The closure from June 1 is a bid to salvage the area’s coral reefs, which have been damaged by warmer temperatures and growing numbers of tourists. “This is one way to try to preserve our natural heritage, which is a vital part of our important tourism industry,” said Kanokkittika Kritwutikon, director of the Tourism Authority of Thailand’s office in Phuket. No boats will be allowed to moor in the bay, said a tour operator, Maya Bay Tours. “We have been advised that Maya Bay will close from 1 June to 30 September 2018 to allow some recovery time for the bay,” it said on its website. “No boats will be allowed to moor in Maya Bay, but we will run past the bay.” Tourism receipts make up about 12 percent of Southeast Asia’s second-largest economy, but there has been increasing concern about Thailand’s ability to manage its rapidly growing number of visitors and the environmental impact of mass tourism. This year the country banned smoking and littering at 24 beachside locations over environmental concerns. Thailand is among the world’s biggest contributors of ocean waste, posing a serious threat to wildlife, the magazine Science said in a report in 2015. Some in the tourism industry said Maya Bay’s closure would have little impact, however. “There are other places to visit which are equally interesting,” said Geng, 35, a hotel receptionist on Phi Phi Island, who gave only one name. “June to September is not high season. I can take tourists to other beaches, like Monkey Beach and Bamboo Island.”