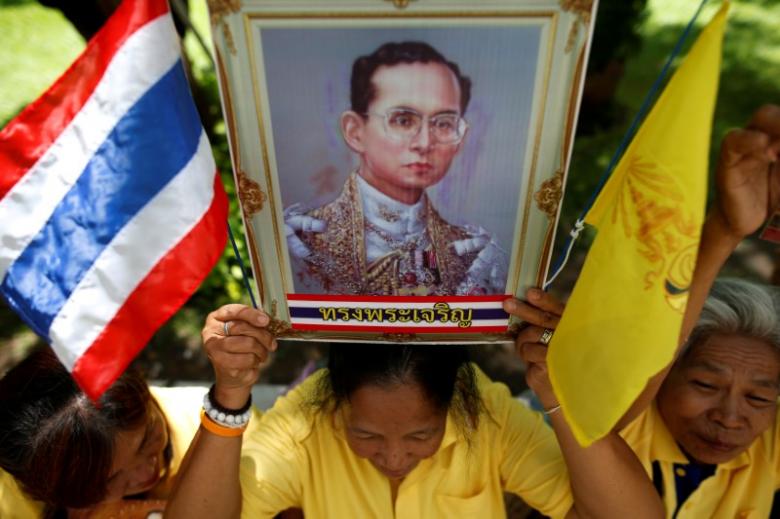 BANGKOK - Thailand's 88-year-old King Bhumibol Adulyadej, the world's longest reigning monarch, is in an unstable condition after receiving haemodialysis treatment, the palace said in a statement. News about the king's health is closely monitored in Thailand, where King Bhumibol is widely revered, and the wording of palace statements on his health is intensely scrutinised. Strict laws protecting the royal family stifles any public discussion of the king's health. It is unusual for the palace to state that the king's health is not stable. Statements on his health are usually issued after the monarch's condition shows improvement or when he is recovering from an illness. Thailand's main stock index tumbled as much as 3.6 percent on Monday and the baht fell to more than two-month lows, following the news. The king has been treated for various ailments over the past year at Bangkok's Siriraj Hospital - his home for much of the past year - and was last seen in public on Jan. 11, when he spent several hours visiting his palace in the Thai capital. Anxiety over the king's health and an eventual succession has formed the backdrop to more than a decade of bitter political divide in Thailand that has included two military coups and often-violent street demonstrations. Sunday's statement was the second health bulletin this month after the palace said on Oct. 1 that the king was recovering after a respiratory infection. On Saturday, the king was given haemodialysis - a way of cleansing the blood of toxins, extra salts and fluids - which made his blood pressure drop occasionally, the palace said. Doctors gave him some medicine and put him on a ventilator to bring his blood pressure back to normal, it said. They continue to monitor his condition closely, the statement said. "His condition has yet to stabilise," the palace said. In 2011, Princess Chulabhorn, the king's youngest daughter, said in a rare televised statement that the king had suffered a health scare and fell unconscious after suffering from internal bleeding likely induced by stress as a result of a flood crisis at the time. Laws protecting the royals from insult make it a crime to defame, insult or threaten the king, queen, heir to the throne or regent. -Reuters