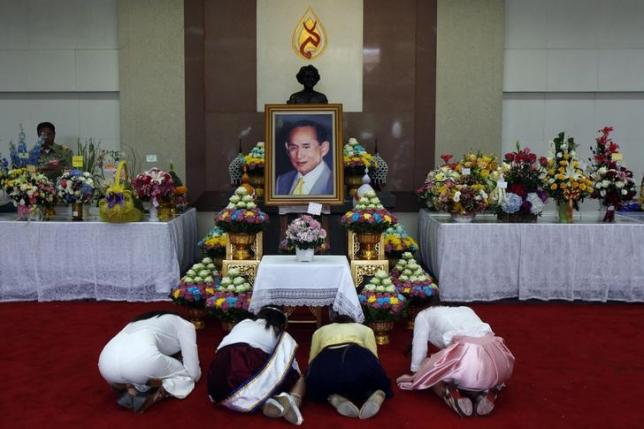 BANGKOK – Thai Prime Minister Prayuth Chan-ocha said on Tuesday he has asked for King Bhumibol Adulyadej's permission to lift martial law, which has been in place since before a coup 10 months ago, replacing it with a law that maintains the army's wide-ranging powers. Critics of the junta warned that the new law could prove more draconian and would allow Prayuth to exercise unrestricted power by citing a risk to national security. Thailand's military seized power on May 22 last year, after months of sometimes violent street protests in Bangkok. It imposed martial law days before the coup. Prayuth told reporters that once martial law is lifted it will be replaced with Article 44 of the interim constitution. "We are now waiting for the king to royally approve the disuse of martial law," said Prayuth. "We have prepared Article 44 and will use it soon." He did not give a timeframe for when the law would be lifted. The junta, known as the National Council for Peace and Order, has used strong-arm tactics to keep a lid on dissent. Following the coup it decreed that military tribunals would replace civilian courts to try some offences. Prayuth, who is also junta leader, said Article 44 contained six sections that address national security. It would allow the military to detain people for up to seven days without charge and would allow soldiers to apprehend groups and detain people without an arrest warrant. Military tribunals will continue to be used for national security cases. "Soldiers will be able to apprehend people, if an incident occurs, without an arrest warrant," said Prayuth. Under terms outlined in the article, junta leader Prayuth will be able to issue any order to "disrupt or supress" any threat to national security or to the monarchy. Sunai Phasuk of Human Rights Watch said replacing martial law with Article 44 would give Prayuth near-total impunity. "Under Article 44 there is no limit to power and whatever is decided will be considered constitutional and will be difficult to challenge," said Sunai. "It is an ultimate power without accountability. This is something very unique and worrying and it is not going to improve the rights situation and ongoing repression." But moves to lift martial law will come as a relief to tour operators who have repeatedly called for the law to be lifted. Tourism, which accounts for nearly 10 percent of GDP, is still recovering from the effects of last year's coup and the imposition of martial law which has stopped some tourists from being able to buy travel insurance. –Reuters