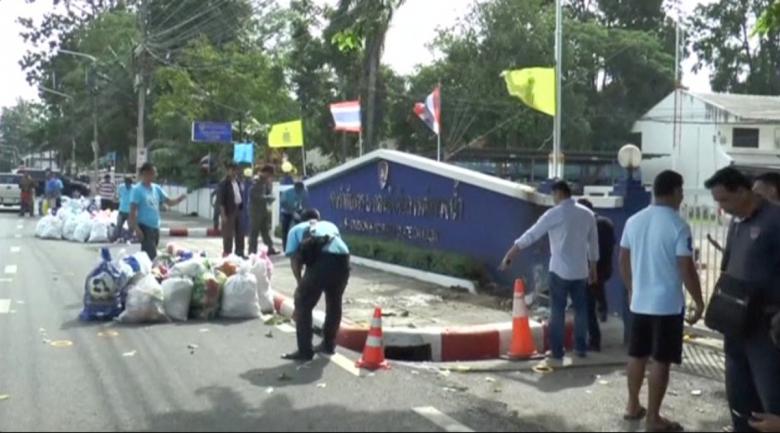 BANGKOK - Thai police said on Monday they had arrested a suspect linked to Muslim separatists in connection with a wave of bombings in tourist towns last month that killed four people and wounded dozens, including foreigners. The bombs and arson attacks in various towns south of Bangkok including Hua Hin, Surat Thani and on Phuket island, raised fears that a Muslim separatist insurgency, for years largely confined to three deep-south, Muslim-majority provinces, was spreading. Police have issued several warrants in connection with the blasts but the suspect detained on Saturday, identified as Abdul Kadae, was the first person to be arrested. "The suspect is currently in military custody where he is being interrogated," police deputy spokesman Krisana Pattanacharoen told Reuters. Police said Kadae was from Pattani, one of the three troubled, Muslim-majority provinces in the far south of predominantly Buddhist Thailand, and he had connections to separatists. They did not elaborate but said he was suspected of arson in Trang province as part of the Aug. 11-12 wave of attacks. Kadae can be held in military custody for up to seven days before he is allowed access to a lawyer. More than 6,500 people have been killed in the largely ethnic-Malay provinces of Pattani, Yala and Narathiwat since a separatist insurgency resurfaced there in 2004, according to the group Deep South Watch, which monitors the conflict. -Reuters