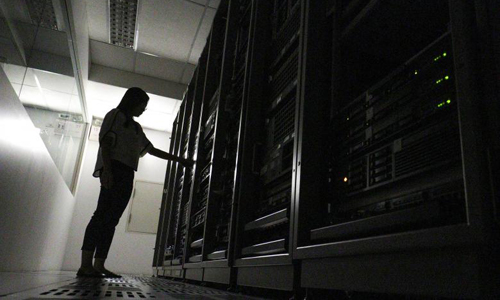 BANGKOK- Thailand's military government, which has cracked down on online dissent since seizing power in 2014, is pushing ahead with cyber security bills that rights groups say could mean more extensive online monitoring, raising concerns over privacy protection.
Amendments to Thailand's 2007 Computer Crime Act to be considered by parliament next month have come under fire from critics who say the bill could give state officials sweeping powers to spy on internet users and restrict online speech. Critics say parliament is likely to approve the amendments because lawmakers voted unanimously to pass the bill in its first reading.
The amendments come as the military government has ramped up online censorship since the May 2014 coup, particularly perceived insults to the royal family, as it tries to ensure a smooth transition following the death of revered King Bhumibol Adulyadej on Oct. 13 and ahead of a 2017 general election.
Since the coup, the government has shut down or blocked thousands of websites it has deemed offensive or inappropriate. The amendments to the cyber law, seen by Reuters on Tuesday, have pro-democracy activists worried that they could lead to arbitrary invasion of privacy without a court warrant. Sam Zarifi, Asia Director at the International Commission of Jurists (ICJ), a Geneva-based non-governmental organization, said the amendments would strengthen the government's ability to silence speech that it deems violates Thailand's lese-majeste law, a crime that is punishable by up to 15 years in prison. "This absolutely curbs free expression," Zarifi told Reuters. In the amendments, Articles 18 and 19 of the Computer Crime Act say state officials can obtain user and traffic data from service providers without court approval and can seize a computer device within an unspecified time period. Article 20 says a website that could threaten national security or "offend people's good morals" can be removed or suspended. A committee would be in charge of flagging suspicious content. The current law says officials need court approval to remove content. In a statement last month, the ICJ and four other rights groups called for Thailand's parliament, or National Legislative Assembly, to reject the draft. The National Human Rights Commission has also opposed the amendments. Members of the National Legislative Assembly declined to comment on the cyber security bills when contacted by Reuters. The amendments will be followed by the Cyber Security Act and the Personal Data Protection Act, which the government has approved in principle and aims to pass through parliament by March. Experts say the Computer Crime Act is a benchwarmer for the more dangerous Cyber Security Act, which would allow the state to wiretap phones and computers without judicial approval. "These laws are aimed at controlling online media, accessing personal data, and when the Cyber Security bill is passed, mass surveillance is a real threat," said Kanathip Thongraweewong, a data privacy expert at Saint John's University in Bangkok. Under the act, a National Cyber Security Committee will have the power to order any state or private agency to do anything without judicial oversight. The committee could take down whatever it wants, said Arthit Suriyawongkul of the Thai Netizen Network group, which has campaigned against the bills. Drafts of the bills show the committee's secretary will also serve as secretary in the Personal Data Protection Committee, raising conflict of interest questions. "A committee that protects people's rights and freedom should be independent from the state, especially when the state is a potential violator," said Arthit. -Reuters