Thank you very much judge sahib for not rejecting video: Maryam 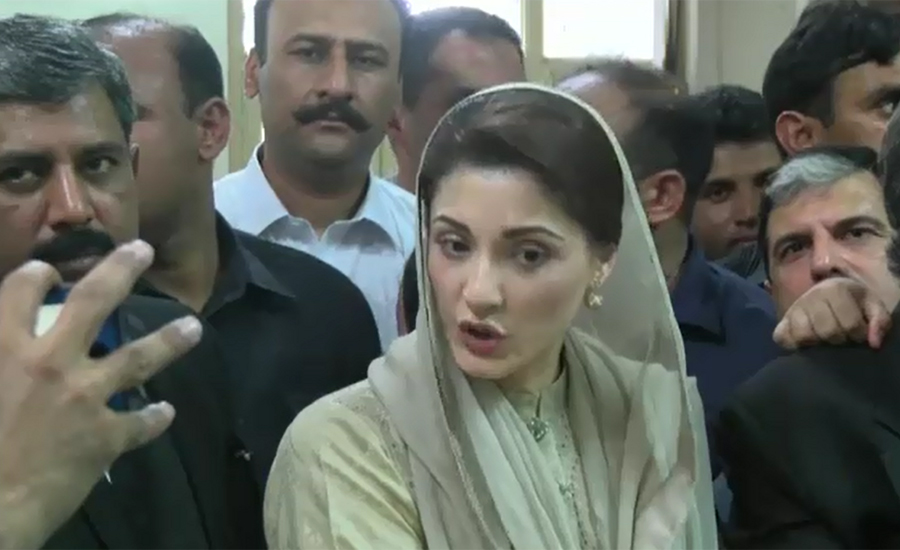 Thank you very much judge sahib for not rejecting video: Maryam

LAHORE (92 News) – Responding to the statement of accountability court judge Arshad Malik, Pakistan Muslim League-N vice president Maryam Nawaz said, “Thank you very much judge sahib for confirming the video not to reject it.” After the press release while quoting Arshad Malik by the National Accountability Bureau (NAB), the PML-N leader took her twitter and said that the rest of the matter would be discussed in Mandi Bahauddin.

Earlier today, during a press conference, a video footage shown by Maryam Nawaz was baseless and contrary to facts, said Accountability Court judge Arshad Malik. Rejecting the allegations leveled by the PML-N leaders, the judge clarified in an official statement that the video shown to media is fake. A press release while quoting Arshad Malik further said the conversation presented to media in video, was totally wrong and out of context. “Leveling severe allegations against me is a plot to damage my repute and of my family and institution,” the judge said in the statement. He further explained that: “Being Rawalpindi resident I am serving as as accountability court judge. Previously I was a practicing lawyer. Nasir Butt, a character that is shown in the video, also belongs to Rawalpindi.” Arshad Malik said he had old acquaintance with Butt and that the latter and his brother Abdullah met the former many times in the past. He said the conversations shown in the video were concocted while involving different subjects and separate occasions. “During hearing of cases against Nawaz Sharif and family I was approached on different occasions by their representatives for bribes and on my refusal they threatened and intimidated me with dire consequences.” The judge said he overwhelmingly rejected such offers and showed steadfastness in the line of duty. ” I wouldn’t award punishment Nawaz Sharif in one case and absolve him in the other had I announced the verdicts in greed for bribes or getting influenced?’ The judge said he delivered justice in hearings by awarding Nawaz Sharif punishment in Al-Azizia case and released him in Flagship case. “I want to make it clear that being judge neither I had direct or indirect pressures nor any temptation in Nawaz Sharif cases. I gave rulings based on law and evidence,” he said. Arshad Malik said as the prime objective of the press conference was to make his decisions controversial and gain political mileage so he reserved a right to fight legal battle against the elements responsible for getting him involved in fake and baseless video scam. According to sources, judge Arshad Malik is likely to write a letter to the Islamabad High Court (IHC) for legal battle against accusations by PML-N leadership.