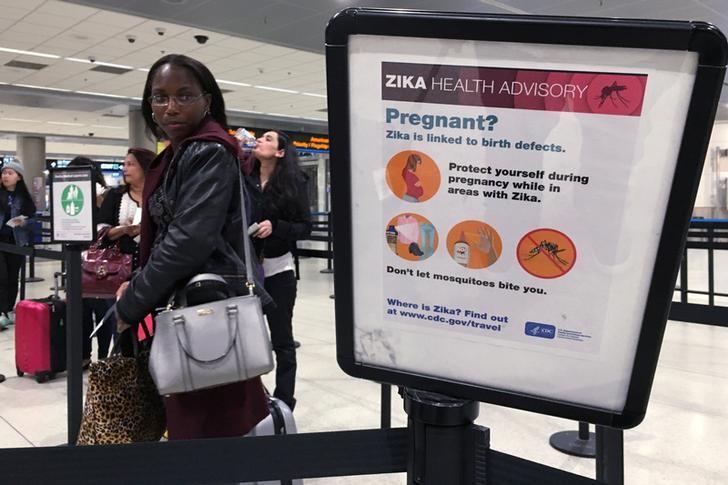 MIAMI - Flight bookings to Miami for the Thanksgiving holiday in November dropped after the Zika virus was detected in the Wynwood area in the popular tourist destination, travel data analysis company ForwardKeys said. Flight bookings were down 10 percent as of Aug. 27, after being up 11 percent as of Aug. 19, the day Florida confirmed that the mosquito-borne Zika virus was active in Miami, according to the report. Bookings for the Thanksgiving period from solo travelers and small family-like groups of two-four members fell the most, the study found. According to the ForwardKeys study, trips with Miami as the sole destination were strongly affected, whereas there was no impact on bookings for trips that included the city and other destinations. There was little impact on flight bookings for September, October and Christmas, the report found. American Airlines Group Inc, the largest carrier in Miami, and rival JetBlue Airways Corp, were not immediately available for comment. Leisure airfares to the greater Miami area have inched down while fewer hotel rooms have been booked in downtown Miami in the weeks since the Zika virus was detected there, Reuters reported last month. Last month, Florida announced four new cases of Zika in the Wynwood neighborhood, where officials have been aggressively spraying for the mosquitoes that carry the virus for weeks. The current Zika outbreak was first detected in Brazil last year and has since spread across the Americas, Singapore and Malaysia. In Brazil, Zika has been linked to more than 1,800 cases of microcephaly, and U.S. officials expect as many as 270 cases in Puerto Rico, where local transmission of the virus is widespread. -Reuters