THARPARKAR (92 News) - A fire broke out at a Kesarar polling station and burned staff clothes as well as polling equipment and staff remained safe on Sunday.

After a fire incident during the by election at NA-221 Tharparkar, the law enforcement agencies reached the spot and extinguished blaze at a polling station.

It was also reported that the fire burnt the polling material for the by election. Some police uniforms were also burnt in the incident. 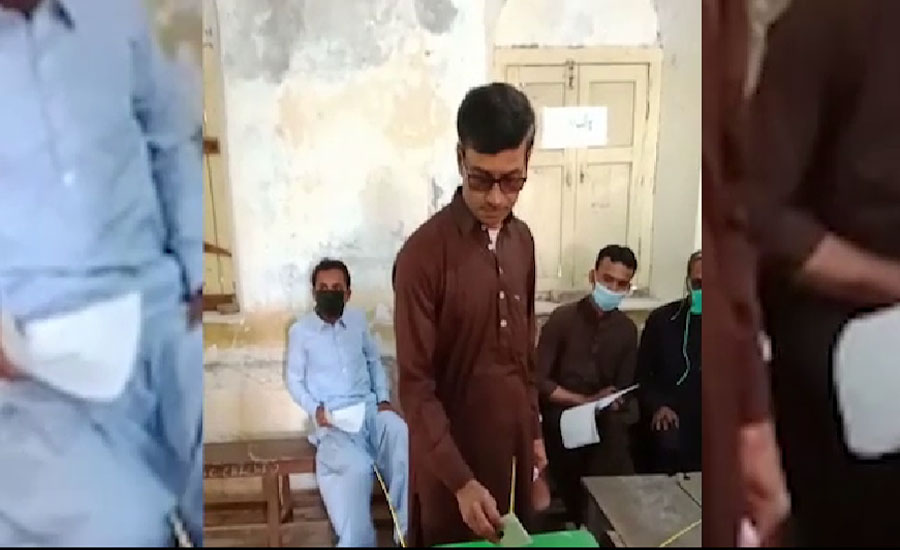 The Rangers personnel reached to the spot. The polling process, which was interrupted due to the fire incident, resumed after the police and rangers controlled the situation.

“The incident at the polling station was an accident,” talking to media SSP Thar said. “The uniforms of some policemen in a bag were burnt in the fire,” the SSP said. “Some suspects have been arrested after the incident,” the district police chief added.

The polling for a National Assembly seat in Tharparkar's NA-221 is underway.

Residents can cast votes for their area representatives from 8am to 5pm. A total of 4,000 police officers and security personnel have been stationed at polling stations across the district.

During the polling, different incidents of violence and chaos were reported.

A strong competition is expected between PPP candidate Mir Ali Shah Jeelani and PTI candidate Nizamuddin Rahimoon. 318 polling stations have been established for the voting process among which, 95 have been declared sensitive.

Over 4,000 police personnel and 1,000 Rangers have been deployed in the constituency to avoid any untoward situation.

It is to be mentioned here that the seat had fallen vacant after the death of PPP, member of National Assembly (MNA) Noor Mohammad Shah Milani.