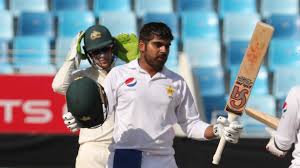 DUBAI (92 News) -  Haris Sohail scored his maiden Test century on the second day of the first Test against Australia in Dubai on Monday, 9 October.
It was a hard toil for the Australians under the Dubai sun for 164.2 overs across two days, at the end of which Pakistan were bowled out for 482. Not a bad effort on the part of Australia, especially since they kept the scoring rate down to 2.93. “There was a stage when the seam had practically worn off completely. They didn’t take the new ball, and it had become so soft that it was almost impossible to score runs. Even if you middled the ball, it didn’t go past the infield,” Sohail, who scored 110 in what’s his sixth Test, explained after the second day’s play. “We were thinking that a session will have to come when they do take the new ball, and runs will come then. That’s what happened. When they took the new ball, we started scoring quicker (towards the end).”

On a pitch like this, where run-scoring isn’t easy, because it’s slow and the outfield is also a bit heavy, I think it’s a good score

If it was Mohammad Hafeez on the first day, it was Sohail on the second, holding the Pakistan innings together and trying to get their team to a position where they might not need to bat again. And if Hafeez’s 126 was complemented by Imam-ul-Haq’s 76, for a large part of his 110, Sohail had Asad Shafiq (80) for company. Sohail, though, was the star for Pakistan, as is usually the case when one brings up his first Test century. 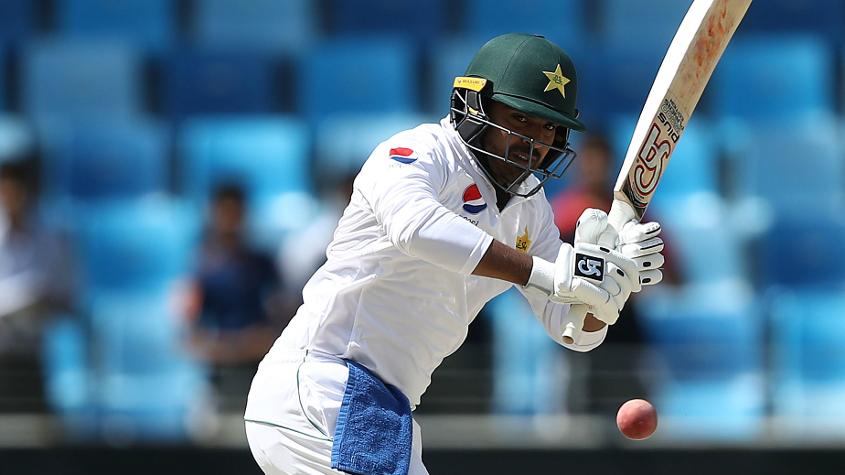 “It matters a lot because when you’re playing for your country and it’s your first Test century, it’s totally different; the first century is always significant,” said Sohail, the 29-year-old middle-order batsman whose previous best score for Pakistan was 89* in a one-day international. By the end of the day, Australia had reached 30/0 with Aaron Finch and Usman Khawaja, but Sohail feels that Pakistan have reached where they wanted to with the bat. “We have scored the runs we set out to score,” he offered. “On a pitch like this, where run-scoring isn’t easy, because it’s slow and the outfield is also a bit heavy, I think it’s a good score.”