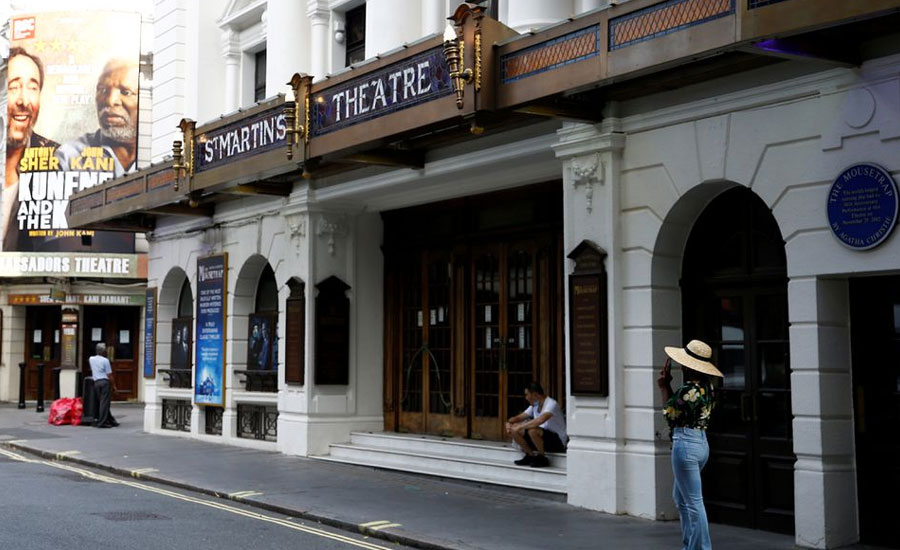 It has been more than a year since Agatha Christie's "The Mousetrap" last welcomed audiences.

"I just think there's a richness that it brings to people's lives that as much as box sets and Netflix have looked after us, there's nothing like this ... and getting caught in some escapism," she said.

"And I think after the year that we've had, we all desperately need to get back to that."

After standing empty for months, indoor entertainment venues in England can now welcome back live audiences, though at 50% capacity to allow social distancing and with safety measures in place.

Describing itself as "the world’s longest-running play", murder mystery "The Mousetrap", is in its 69th year, and on Monday evening was showing its 28,200th performance.

"So although financially this is unsustainable for a long period of time, I made the decision that I thought it was worth doing first of all to get everyone back to work and secondly to say right the West End is open for business again."

Lockdown forced theatres to pull down their curtains in March 2020. A few briefly reopened during a temporary easing of lockdown late last year.

About a third of London theatres will reopen this week namely smaller productions with lesser costs. Major musicals, which cannot afford to run at 50% capacity, are awaiting the final phase of Prime Minister Boris Johnson's roadmap out of lockdown - scheduled for June 21 - in order to reopen from the summer.

In adapting to the new circumstances, "The Mousetrap" has two casts, 'Marple' and 'Poirot - named after Christie's famed characters - in case an actor should fall ill with COVID.

"The excitement is there," actor Derek Griffiths said ahead of Monday's opening. "The anxiousness is there and the hope that everything will go well."