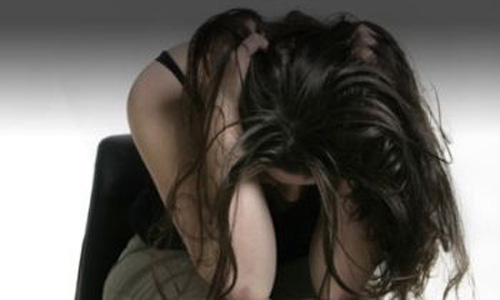 REUTERS HEALTH - Although there are plenty of opinions about what causes tiny, painful stress fractures in the bones of regular runners, a new review of existing research finds solid evidence for only two risk factors. Having had a stress fracture in the past raised the risk of having them again by five-fold and being female more than doubled it, researchers reported in the British Journal of Sports Medicine. But only a few studies met the criteria for review, the authors note, so more research is needed to evaluate other factors that might play a role. Most surprising, the authors write, was the lack of evidence for things related to running itself, such as the surface or the intensity of the workout. "Importantly, even though there is currently no evidence that these 'other factors' are not risk factors . . . that may be simply because they have not been adequately studied," said senior study author Dr. James Smoliga of High Point University in North Carolina. "It is plausible that running high mileage or running on concrete could increase risk of stress fractures, but the data to demonstrate that are insufficient at this time, especially because prospective studies are difficult to perform," he told Reuters Health in an email. Dr. Steven Haddad, an orthopedic surgeon in private practice in Glenview, Illinois, believes that training surfaces do matter, especially changes in the training surface. "Stress fractures rarely occur in individuals training consistently on the same surface," he told Reuters Health by email. "It is a change in surfaces, or a sudden change in distance, that can create stress fractures." Stress fractures are common, especially among athletes. They are caused by repetitive “microtrauma” to an area, and usually develop over a period of days, weeks or months. One very common site for stress fractures is the metatarsals, a group of five long bones that connect the ankle to the toes. Stress fractures are common in the second and third metatarsal, said Haddad, a past president of the American Orthopaedic Foot and Ankle Society who was not involved in the current study. Those bones are thinner and often longer than the first metatarsal, and the most “stress” is placed on them when walking or running, he said. For their analysis, Smoliga and colleagues were able to find just eight studies that were specifically about runners and used scientific methods to examine the relationship between various factors and stress fracture risk. Those factors included training regimen, dietary habits, use of oral contraceptives, bone density, sex and previous history of stress fracture. One study found that running more than 20 miles a week was a risk factor, although this was a relatively low amount, and one that's usually exceeded by most runners. Overall, there was little evidence for most of the things that are considered to be risk factors for stress fractures. “I think the best way runners can avoid stress fractures, and many overuse injuries, is by listening to one’s body and not pushing through training when one is not feeling well,” Smoglia said. “Overuse injuries do not appear out of nowhere – there are generally signs indicating some level of overuse, which occur well before it becomes a full blown injury that forces training to be severely reduced or discontinued for a long period of time,” he added. “Thus, many of these overuse injuries are avoidable if they are caught early enough.” - REUTERS