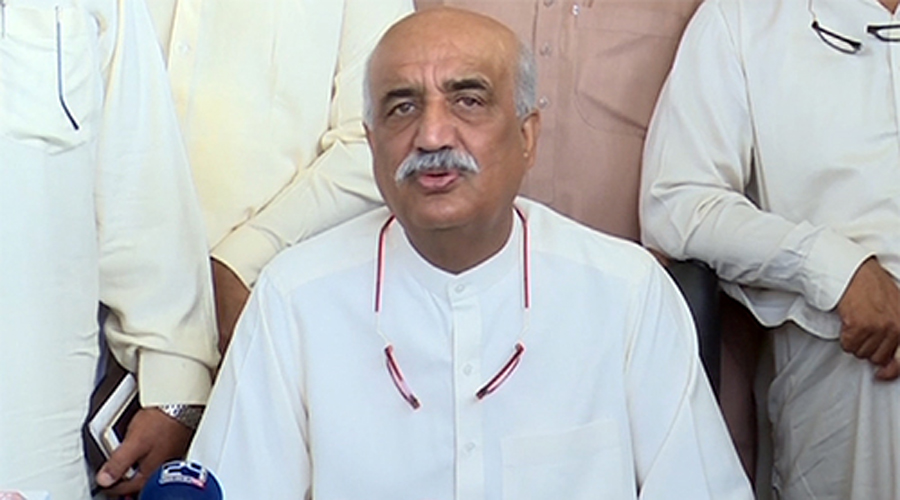 SUKKUR (92 News) – Opposition leader Khurshid Shah while commenting on the ongoing rift between Pak Sarzameen Party (PSP) leader Mustafa Kamal and Sindh Governor Dr Ishratul Ibad has said that when thieves fight, they unveil each others’ secrets. Talking to media in Sukkur, he said that the situation cannot improve until a ban is imposed on Muttahida Qaumi Movement (MQM) London. There should be an inquiry into the allegations made on Sindh governor, he said. He also demanded an investigation into the May 12 incident and weapons recovered from Karachi. About Pakistan Tehreek-e-Insaf’s plan to shutdown the capital, Shah said that staging a sit-in is a democratic right but closing the city is unconstitutional. We don’t have any link to anti-state elements and I am not in favor of this, he said. “Imran Khan does not know how to do politics. Such steps can endanger the state but neither does Nawaz Sharif know the rules of governance,” he added.