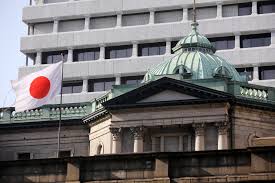 TOKYO (Reuters) - More than a third of economists polled by Reuters this month have pushed back their forecasts for when the Bank of Japan will exit its super-easy stimulus, pointing to concerns about the yen’s appreciation and subdued consumer inflation. Governor Haruhiko Kuroda has repeatedly said the BOJ is in no rush to follow other central banks in dialing back its crisis-mode stimulus, with inflation still well below the bank’s 2 percent target. Kuroda, who will serve another five-year term, also said earlier this month he did not expect the central bank to debate an exit from its current monetary policy during fiscal year 2018, which starts in April. “We pushed back our forecast based on declining stocks and the yen’s rise since early this year and Kuroda’s recent comments,” said Tetsufumi Yamakawa, chief economist at Barclays Securities Japan. Analysts also noted new deputy governor Masazumi Wakatabe, an advocate of bolder monetary easing, and Kuroda’s reappointment suggest policymakers will maintain the huge amount of stimulus. The yen, which tends to gain in times of risk aversion, has firmed against the dollar while share prices have fallen amid concerns about repeated White House staff shake-ups and that US trade tariffs could hurt the global economy. Thirty-seven of 41 economists polled expect the BOJ’s next move will be to scale back its super-loose monetary policy but four economists project its next action would be easing further, the March 12-20 poll showed. The BOJ will maintain its short-term interest rate at minus 0.1 percent, according to the median of 52 economists, and keep its 10-year government bond yield target at around zero percent until at least the end of 2019. Thirteen economists forecast the central bank would taper its easy monetary policy during the first half of 2019 and seven think that would happen in the latter half of next year, the poll found. And 11 project sometime in 2020 or later. Only five economists forecast that would happen this year. One did not expect it this year but gave no other timeframe. The BOJ is also unlikely to change policy this year because it doesn’t want to “rock the boat” while Japan faces two key political decisions: whether to proceed with a sales tax hike in October 2019 and a ruling party leadership election in September, said Hiroaki Mutou, chief economist at Tokai Tokyo Research Institute. TRADE WARS President Donald Trump’s import tariffs will do more harm than good to the US economy, said the vast majority of economists in another Reuters poll, and 90 percent of them said they were concerned they would lead to a wider trade war. Half of 34 economists in the latest poll said the likelihood of a global trade war has increased and all but one of them thought that would hurt the Japanese economy. Asked to select up to two consequences Japan could face in the event of a global trade war, 20 economists said Japan’s economic growth would slow and 17 said the yen could further appreciate. The economy will grow 1.3 percent in the fiscal year from April and expand 0.8 percent the following one, the poll found. The core consumer price index, which includes oil products but excludes fresh food prices, is seen at 1.0 percent for the next fiscal year and 0.9 percent for fiscal 2019, excluding impacts from the planned sales tax hike.