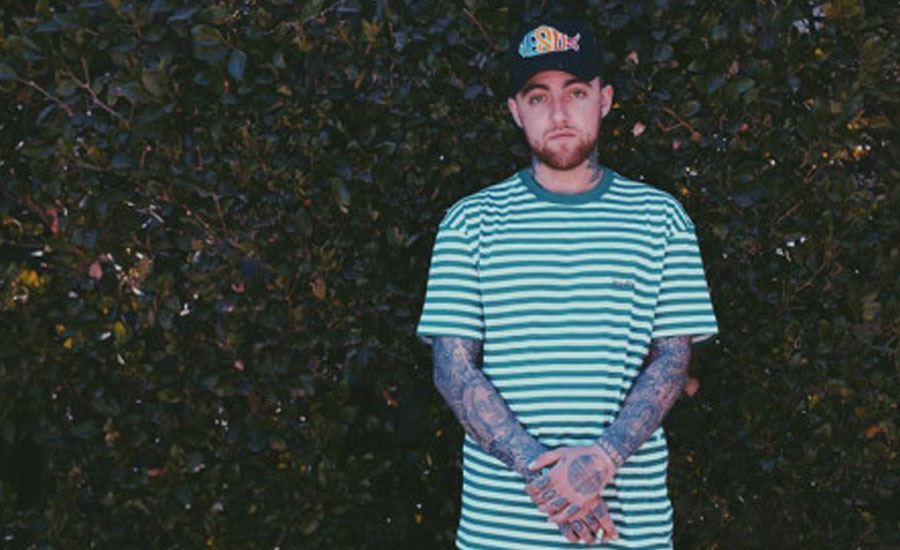 LOS ANGELES (Reuters) - A Los Angeles man who prosecutors say supplied the counterfeit oxycodone laced with fentanyl blamed in Mac Miller’s fatal 2018 overdose has been taken into custody on federal drug charges, the third arrest stemming from the rapper’s death. Stephen Andrew “Stevie” Walter was apprehended at his Los Angeles home on Monday and charged with distributing and possessing a controlled substance, US Attorney’s spokesman Thom Mrozek said. Miller, the 26-year-old performer born Malcolm James McCormick, was found unresponsive at his home in the Studio City neighbourhood of Los Angeles on September 7, 2018 and later pronounced dead. An autopsy determined that he had suffered an accidental overdose of fentanyl, cocaine and alcohol. Fentanyl is a cheap, relatively easy-to-synthesize opioid painkiller 50 times more potent than heroin that has played a major role in the devastating US opioid crisis. On Sept. 4, an accused Los Angeles drug dealer, 28-year-old Cameron James Pettit, was arrested on federal drug trafficking charges after prosecutors said he gave 10 pills containing fentanyl to Miller two days before the musician’s death. This week, Ryan Reavis, 36, was arrested at his home in Lake Havasu City, Arizona, over the investigation. Police said they found marijuana, drug paraphernalia, pills, a doctor’s prescription pad, three guns and ammunition at his home. An affidavit by a US Drug Enforcement agent showed investigators believe Pettit obtained the pills from Walter, who used Reavis as a “runner” to deliver them. Transcripts of text messages between Walter and Pettit making the deal, followed by an exchange between Reavis and Pettit to arrange the delivery, are included in the affidavit. Prosecutors say Pettit continued to obtain drugs from Walter after Miller’s death, despite telling a friend he feared being sent to prison in connection with the rapper’s overdose.Walter, who has a conviction on federal drug and firearms charges, was ordered held without bond on Monday by a federal court in Los Angeles until Oct. 10. Walter’s attorney, William Harris, declined to comment on the case, having not yet seen the evidence. Harris said all three defendants would probably be indicted by a federal grand jury. The Pittsburgh-born Miller won a following as a teenager and topped the Billboard album charts with his 2011 debut album, “Blue Slide Park.” He was posthumously nominated for a Grammy for his final album, “Swimming.” Miller dated pop superstar Ariana Grande for about two years before they split in May 2018 and she sings affectionately about him on her hit single “thank u, next.”