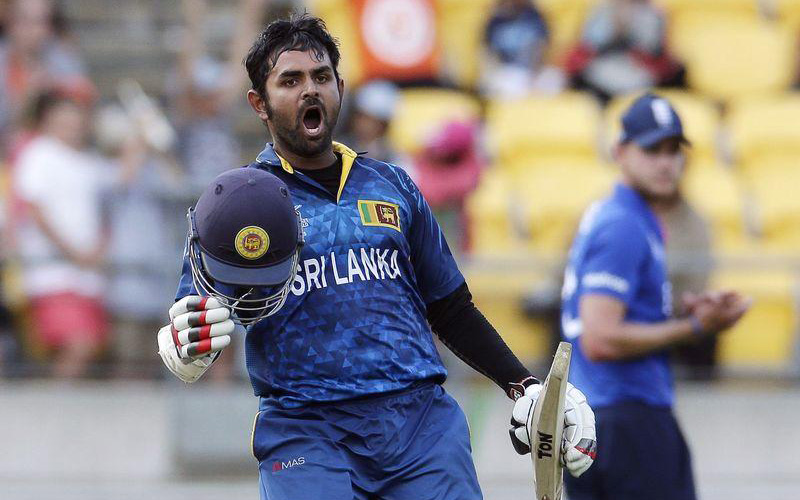 WELLINGTON  (Reuters) - Lahiru Thirimanne and Kumar Sangakkara both scored centuries as Sri Lanka posted the highest successful run chase at Wellington Regional Stadium for a nine-wicket victory over England in their World Cup Pool A clash on Sunday. Thirimanne, 139 not out, hit a six to win the game in style, while Sangakkara ended on 117 as the beaten finalists in the last two World Cups scored 312 for one in 47.2 overs off England's feeble bowling attack. The previous highest successful run chase at the ground was the 254-4 achieved by South Africa against New Zealand in February 2012. Prior to Sunday's match 300 had been surpassed just five times on the ground since it opened in 2000. Sangakkara took 45 balls to reach his 50 and needed just another 25 balls to bring up his 23rd ODI century as he took control of the game for the final 20 overs, dominating the latter stages of the partnership with Thirimanne. Thirimanne had also combined in a century opening stand with Tillakaratne Dilshan (44). The loss did no favours for England's quarter-final chances. They have just two points from four games and the best they can hope for is fourth place in Pool A, having lost to Australia and New Zealand as well. England's final two matches are against Bangladesh and Afghanistan and they could still be knocked out in the pool phase if they lose either of those matches. Joe Root anchored England's 309 for six with his fourth one-day international century after Moeen Ali and Ian Bell had put on a quick-fire 62-run opening partnership. The 24-year-old, who top-scored with 46 in England's humiliating eight-wicket loss at the same ground to New Zealand on Feb. 20, produced his highest one-day score of 121 before he was trapped in front by Rangana Herath in the 47th over. He was shared in a 60-run partnership with captain Eoin Morgan (27) and a stand of 98 with James Taylor (25). Root and Taylor were both dismissed in the final five overs but wicketkeeper Jos Buttler (39 not out) and Chris Woakes (nine) pushed the total past 300 for a score which looked competitive at the change of innings.