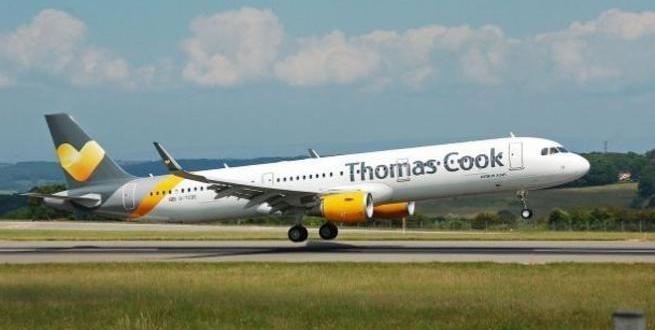 LONDON (Reuters) - British travel company Thomas Cook is considering splitting off its airline and selling a stake to an outside investor to reduce debt, the Sunday Times newspaper reported. The newspaper, citing unnamed industry sources, said internal discussions were at an early stage and no change was likely imminently. However, the sale of a stake in the airline - possibly to Chinese conglomerate Fosun , an existing 12 percent shareholder in the group - would make it easier for both the travel business and the airline to expand, the newspaper said. A Thomas Cook spokesman told the newspaper that the company had previously said it was open to industry consolidation but that it had “no current plans” to sell its airline. Thomas Cook said in May that it was on track to meet analysts’ expectations of a 7 percent rise in its post-operating profit to 352 million pounds ($461 million) for the 12 months to Sept. 30, on a constant currency basis. Airline bookings rose 18 percent in the first half of its financial year, boosted by the collapse of German and British rivals Air Berlin and Monarch.