Those having 3-year service tenure have no right to make our decisions: Zardari 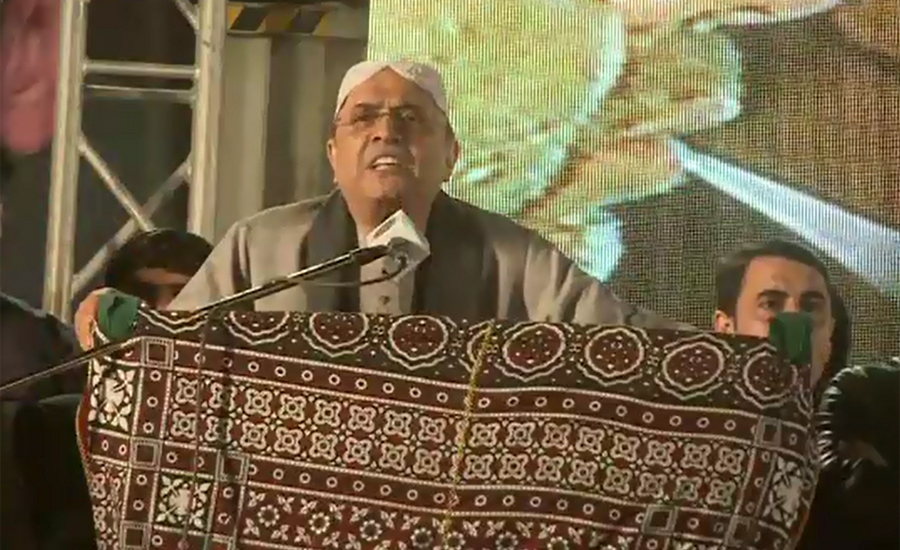 Those having 3-year service tenure have no right to make our decisions: Zardari

HYDERABAD (92 News) – PPP co-chairman Asif Zardari has said that the people sitting in Islamabad are blind, dumb and deaf. Addressing a public meeting on Saturday, he accused the federal government of depriving the poor of their rights. “Those having three-year tenure of service have no right to make our decisions. They have no right to deprive me of my right,” he said. The former president asked his opponents not to make fun of Pakistan. “Give us the government, we will show the people how the industry is set up in the country,” he said. Asif Zardari said that former president Pervez Musharraf had stopped the people by bombs and now he is weeping in Dubai. "We got rid of Musharraf in 100 days and purged Swat of terrorists,” he maintained. He said that the rulers had deprived 500,000 people of their jobs. “They do not know any job except the business of hen and egg,” he said.