Those remained at the helm of affairs for 40 years must be accountable first: NAB Chairman 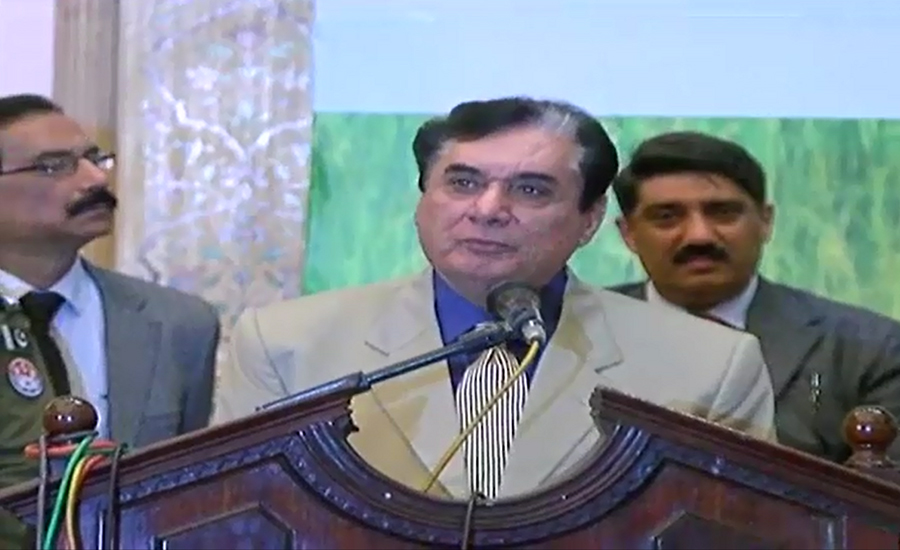 Those remained at the helm of affairs for 40 years must be accountable first: NAB Chairman

ISLAMABAD (92 News) – National Accountability Bureau (NAB) Chairman Justice (retired) Javed Iqbal has made it clear that the accountability is indispensable for those who ruled the country in the last 35 to 40 years. He said the NAB couldn’t remain silent in crucial moments of time and would continue recovering looted wealth without any political prejudice. Speaking at a gathering, Iqbal said $100 billion were wasted lavishly by those who were at the helm of affairs and it’s time now to make them answerable for their deeds. “Those who are out on production orders have been complaining of political victimization. The NAB doesn’t believe in political victimisation of any sort,” he said, adding that no question could be raised about it. “I have never considered fee [of a case], instead the case itself. The NAB doesn’t have any conflict with anyone over properties.” The NAB chairman asked claimants to provide proof of any political meeting [held by the NAB] or political victimisation, and said upon it, he would resign from the bureau. “It is so easy to raise a slogan that the NAB has been involved in taking revenge…[I] have read in newspapers many a times that the NAB had been doing political engineering…the meaning of which I have come to know just now,” he added. The NAB chairman stated that those who had been in power for 35 years should be brought to justice in the first place, and those who have been ruling for months are also being held accountable. He said substantial evidences were available in all inquiries and that the NAB treated everyone equally whether someone was in power or not. Why should we be blamed for any action when those who had motorcycles in 1980s and 1990s had now built towers in Dubai? “They are simply asked to declare their sources.” “Money laundering of millions and billions of rupees has been made…No one becomes innocent by just showing a sign of victory and gathering a few people,” Iqbal said, adding it was not the bureau’s job to convict someone, but testimonies were presented before the courts, and it falls under the jurisdiction of the courts to make convictions. The chairman said while-collar crime requires more effort, and people could not even comprehend how interrogation would be performed. “Would the bureau close its eyes even if testimonies are available?” he asked. “No complaint has ever been reported of a bureaucrat. Here you would find dacoits on every nook and corner,” he stated. Iqbal asserted that after getting retired from the Supreme Court, he had invested in DHA to hear later that DHA had not bought the property yet, and later the authorities [of DHA] contacted him and told him that his amount would be returned. “It is because of the NAB that people are being returned their [looted] amounts. No institution has helped out victims,” he said, adding had the CDA performed its work correctly, the people were not investing so massively. “The NAB is the only department that has been assisting people to get their money back, and it was the responsibility of the CDA to identify illegal societies,” he maintained. “People need to realise what had happened is because of evidence and proof. Nothing has happened because of political revenge. This is not because of some personal vendetta,” he lamented. The Chairman NAB said: “We respect the Parliament and all its members. They are public representatives. There are a few members against whom there are cases. But they started a campaign that NAB should be dismantled.”