Those who did corruption in past will be held accountable: Fawad Ch 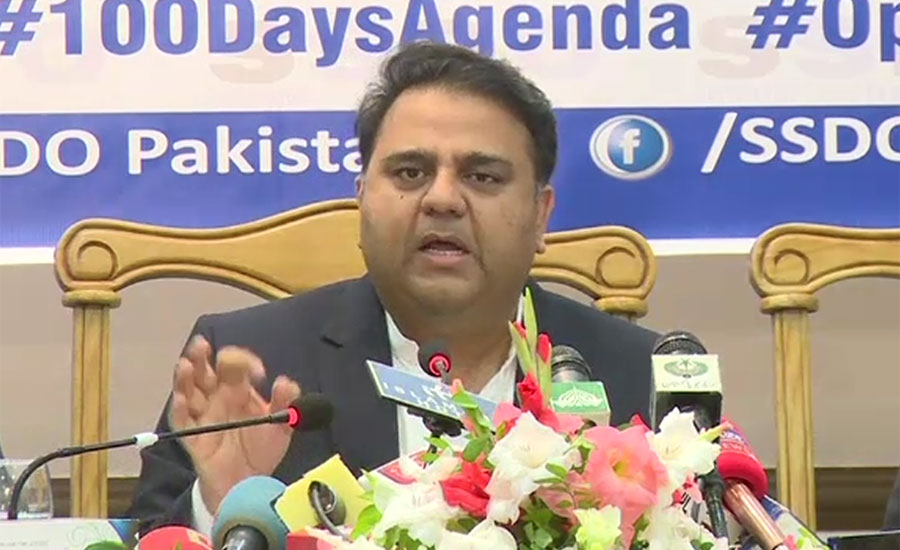 Those who did corruption in past will be held accountable: Fawad Ch

ISLAMABAD (92 News) – Federal Information Minister Fawad Chaudhry said on Monday that those who did corruption worth billions in the past will be held accountable. Addressing to the ceremony, the minister took a jibe at Sharif brothers and said that they sell all Pakistan if they rule further ten years in the country. Strict criticizing, Fawad said that the opposition’s demand to nominate Pakistan Muslim League-N president Shehbaz Sharif as Public Accounts Committee chairman is unreasonable. “These people have no remorse over their doings, they remain unabashed… Thankfully, it was their last election,” said the minister. He also said that forming a commission to promote accountability is the first step towards a corruption-free society. The minister mentioned that the Right to Information act will help bring transparency in the country to curb corruption. He said the law will help journalists to seek information on various issues from the government departments. The info minister said a whistle blower act to curb corruption is also coming soon which is a great step towards ending this menace. The Minister said thirty four initiatives have been taken by the government under six themes during its one hundred days into power. Referring to the achievements of his ministry, Chaudhry Fawad Hussain said Right to Information Act is a significant achievement of his ministry. He said the present government has given unprecedented freedom to media. It liberated the state run radio and TV from the censorship of last 70 years. He said a state-of-the-art university, for not only Pakistan but also for the whole South Asia, has been planned by information ministry as part of 100 days plan.