Those who looted national kitty to be held accountable: Asad Umar 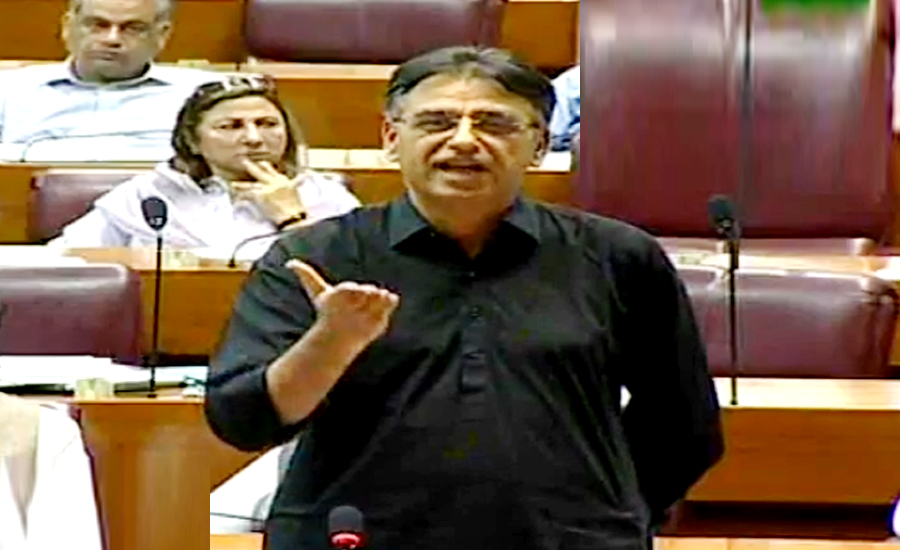 Those who looted national kitty to be held accountable: Asad Umar

ISLAMABAD (92 News) – Former finance minister Asad Umar on Thursday said that accountability is the law of Almighty Allah and those who looted national kitty will be held accountable on Thursday. Responding to former president Asif Ali Zardari’s speech while addressing to the National Assembly session, the PTI senior leader said that arrests for the sake of political revenge are not right, but accountability of those who have looted Pakistan’s money is essential. “How it is possible not to make those accountable, who looted national exchequer. The system of punishment and reward to the responsible, who looted the national exchequer, is the constitutional responsibility of the country,” he maintained. The former minister mentioned that the law always ruled in the democratic government.

He also mentioned that the country’s economy was facing ups and down from the last past years. “PML-N government left the ill economy for the Pakistan Tehreek-e-Insaf government,” he added. He lauded the efforts of the economic team for presenting such a balanced budget in the crunch position of the country. “Current account deficit has decreased by 70 per cent,” he maintained. The PTI leader said Pakistan should stop depending on the international powers to increase its exports and those who are willing to invest in the country, should be exempted from tax for five years.

Commenting on the hike of sugar prices, he said imposing tax on sugar is not right and called to withdraw it to benefit the common man. Umar also called to reconsider the decision to impose taxes on edible oil and Banaspati. He also suggested the government to hike pensions by 15 per cent.

The PTI stalwart discussed that the strict measures are needed to fix the economy) and some ways in which it could be improved. He also advised that while the government is working to reduce expenses and curb imports, it must also boost exports and increase investment coming into Pakistan. He said the government was working to help businesses improve their exports and resolve their liquidity problems and needed to continue this.

System isn’t one where you can press button, result comes out

Discussing the finance adviser’s move to tax the domestic sales of textiles, Asad Umar said he understood his motives in not wanting to lose that tax. But as we have all learned, this system isn’t one where you can press a button and the result comes out, he said. “We are correcting five years of incorrect policies by the PML-N government, don’t take steps to break the trust of exporters, he cautioned the government,” he said. https://www.youtube.com/watch?v=1DBYDUFLT6c

Addressing the National Assembly, after being brought to the house by the NAB team on the production orders, the PPP leader said that when his party came into power in 2008, after the 10-year tenure of Pervez Musharraf, he didn’t go after other politicians.

“My arrest doesn’t make a difference to them, he said, but it does worry the common people. They say, if Zardari saab can be arrested, then what about us,” he said.