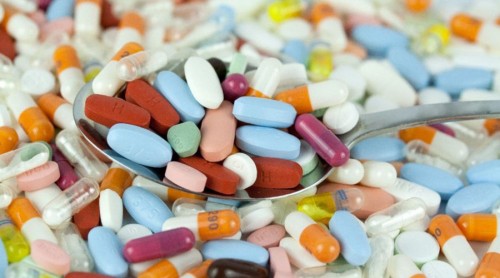 COPENHAGEN- More than a quarter of European patients with advanced melanoma lack access to new treatments that could extend their lives, according to findings presented at a major cancer conference on Friday.
In the last five years, novel medicines have revolutionized prospects for people with metastatic melanoma, the most deadly form of skin cancer. But the high cost of the treatments, which can top $100,000 a year, means thousands still do not get the new drugs, a survey found. Out of an estimated 19,250 metastatic melanoma patients treated annually, 5,228 or 27 percent do not have access to new drugs that are now recommended under European treatment guidelines. "This is especially the case for eastern and south-eastern European countries, where a majority of patients are still treated with palliative chemotherapy that does not prolong overall survival," said Lidija Kandolf-Sekulovic, a professor of dermatology at Serbia's Military Medical Academy. New drugs including immunotherapies from the likes of Merck & Co and Bristol-Myers Squibb, as well as so-called BRAFi+MEKi combinations from Novartis and Roche, can prolong overall survival to more than 18 months. In some cases, survival is now measured in many years. But these medicines cost far more than conventional chemotherapy, straining European healthcare budgets. International experts are meeting this weekend in Copenhagen for the annual European Society for Medical Oncology (ESMO) congress to discuss the latest drug trials and future cancer care. The public health challenges in patient access to therapies is a major theme of the meeting, as doctors grapple with the implications of using a new generation of medicines. "Doctors should treat patients with the best drug at the best time ... it is not their role to decide about the cost," Solange Peters, head of medical oncology at Lausanne University Hospital, Switzerland, told Reuters. "But I do think we need more doctors going into politics to try and inform this debate because it's going to be a big problem for the next 20 years to come." In the case of metastatic melanoma, the survey found that in western Europe 70 percent of patients were treated with the latest innovative medicines, while in eastern Europe less than 10 percent of patients got them. Alexander Eniu, who chairs ESMO's global policy committee, said it was "unacceptable" to see such inequalities in drug availability and accessibility. -Reuters