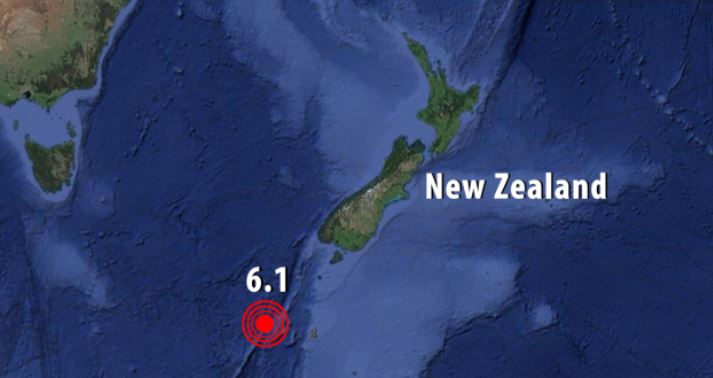 SYDNEY (Reuters) - An earthquake of magnitude 6.1 struck New Zealand’s north island on Tuesday, the United States Geological Survey said, a tremor felt by thousands of people although there were no immediate reports of damage or casualties. Parliament was briefly suspended in Wellington and some flights aborted landings there, the New Zealand Herald newspaper said, following the quake, which hit 63 km (39 miles) east of the city of New Plymouth, at a depth of 228 km (142 miles). “It was just a little wobble, it’s not much,” said Ken Wheeler, manager of a hardware store at Taumarunui, 31 km (19 miles) northeast of the epicenter. “We’ve got quite a gift section here, with crystal glasses, and it did nothing.” The quake had initially been assessed at a magnitude of 6.2. New Zealand’s GeoNet quake monitor said about 15,600 people felt the shaking, which most described as moderate or light. No damage had been reported, a civil defense spokeswoman said. In Auckland, where Britain’s Prince Harry and his wife Meghan are visiting, a Reuters witness said there was no shaking.