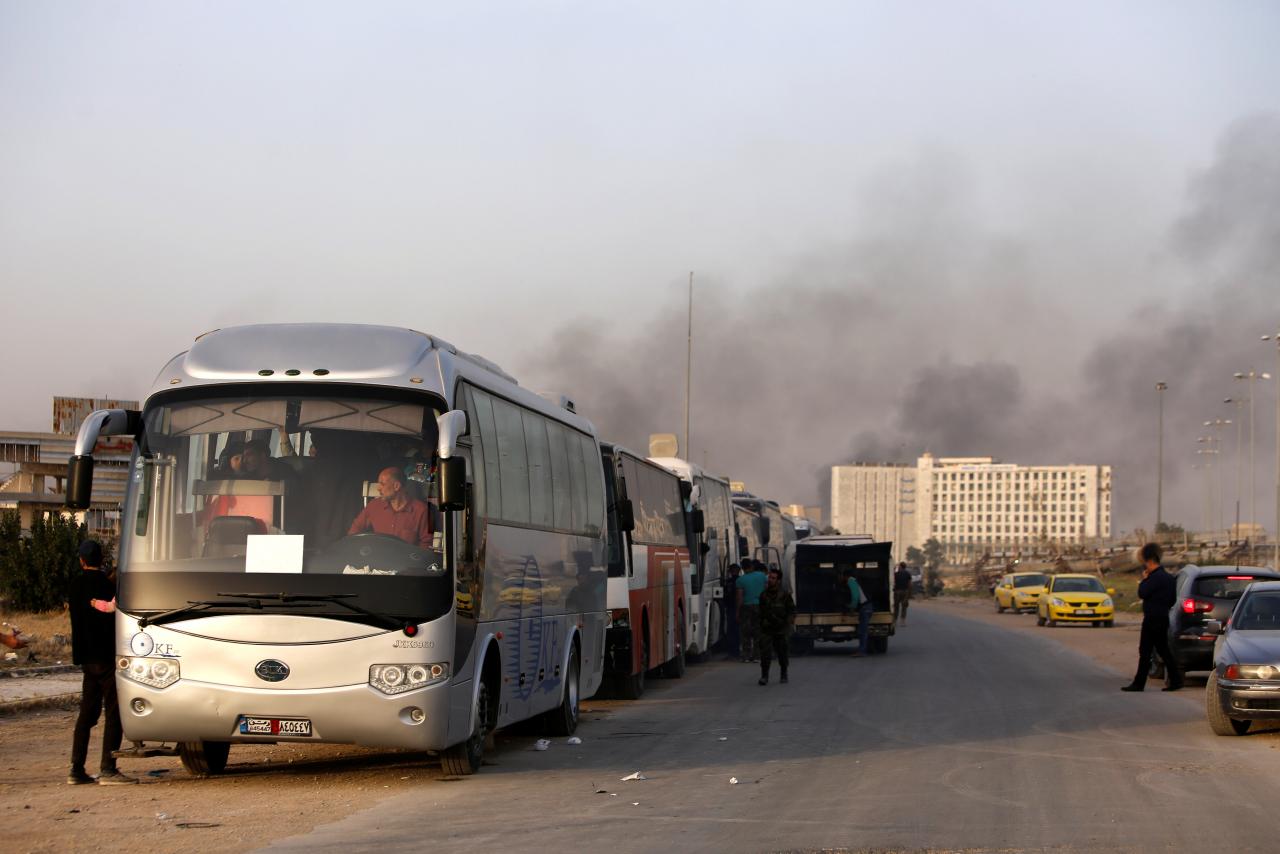 BEIRUT (Reuters) - Some 7,000 people departed eastern Ghouta for Syrian rebel-held territory near the Turkish border on Tuesday, the Syrian Observatory for Human Rights said, under an agreement arranged by Russia to surrender the enclave to the Syrian government.

The Observatory said the convoy of around 100 buses left in the early hours of Tuesday towards northern Syria. The evacuees included rebel fighters, their families, and other civilians, it said.