Thousands of Australian homes without power after cyclone hits 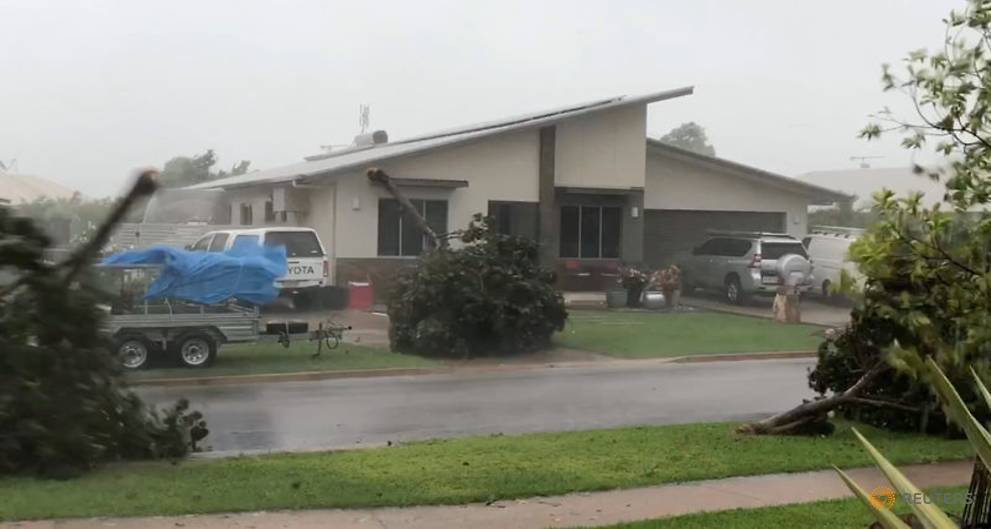 Thousands of Australian homes without power after cyclone hits

SYDNEY (Reuters) - About 25,000 homes were without power on Sunday in Australia's northern city of Darwin after a tropical cyclone felled trees, cancelled flights, closed schools and delayed shipping.

No deaths were reported.

Residents of the capital of Australia's Northern Territory have been warned to boil their water as a precaution after Tropical Cyclone Marcus lashed the city with 130 kph (80 mph) winds on Saturday.

The Northern Territory Government said that schools would remain closed on Monday and asked non-essential businesses also to stay shut.

Flights resumed on Sunday. Commercial shipping was back to normal with live cattle export ships and chemical-laden tankers able to return to port after being forced to ride out the storm at sea.

The cyclone churned out to sea on Saturday evening where it gathered strength before hitting the northern coast on Sunday morning, this time in the remote Kimberley region of Western Australia.

Bureau of Meteorology forecaster Pieter Claassen told Reuters that Marcus was expected to move into the Indian Ocean on Monday where it is forecast to grow into a severe Category 3 storm with wind speeds ranging from 165 kph (102 mph) to 224 kph (139 mph).

No threat is expected to the iron ore exporting hub of Port Hedland.