Thousands of vehicles stranded after snowfall in Murree 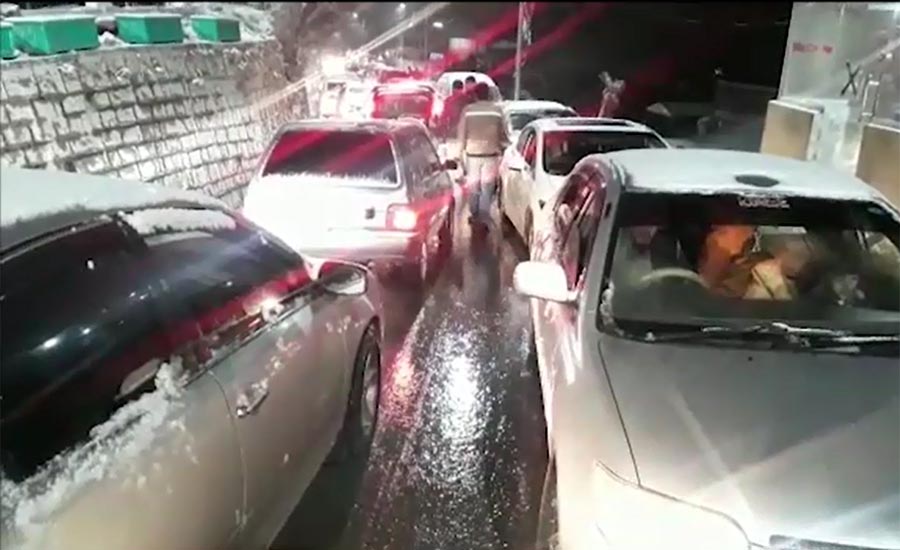 Thousands of vehicles stranded after snowfall in Murree

MURREE (92 News) – Thousands of vehicles were stranded on several roads after snowfall in the city, creating problems for the tourists. All roads leading to the snow-covered resort were blocked. People, especially women and children, are facing hardships in the biting cold as their vehicles remained stuck for hours. Tourists said that the local administration is taking no step to clear roads blocked after the snowfall. “We are clearing roads on self-help basis,” he said. They said that traffic police had failed to control the traffic. According to the administration, 41,000 vehicles have entered the city so far. Snow-covered mountains are giving a beautiful look. People enjoyed snowfall on the Mall Road and Kashmir Point. Meanwhile, Kalam, Malam Jabba and Shangla also received the snowfall. People are facing difficulties due to blockage of roads. Lahore and other areas received light rain on the second day. Meanwhile according to the Met office, mainly very cold and dry weather is expected in most parts of the country. However more rain-thunderstorm with snow over the hills is expected at isolated places in Gilgit-Baltistan, Kashmir and its adjoining hilly areas. Foggy conditions are expected in South Punjab and upper Sindh during morning hours.